This is Dog Woods on a camping weekend with great friends and perfect weather!

Even though we pulled up to four trees across the driveway and many more down around the campsite due to the windstorm Ike brought in, we had a blast – and needless to say, plenty of firewood. The electric company had already been out to fix the downed lines. Jason and Eric were on tree removal duty while Teena and I unpacked the vehicles and started piling up brush and twigs that were all scattered around the campsite. Paul joined us on Saturday afternoon and stayed until we packed up to leave on Sunday.

We had fires going all day all weekend, played cornhole until it got too dark to see the blue bags winging at us from out of nowhere, and when it got too dark for anything else we had some drinks and chatted around the campfire.

We ate good all weekend and had Jason’s birthday dinner on Saturday beginning with fillet mignon and sauteed squash on the grill and ending with an apple cobbler that Paul cooked up in his Dutch oven. We have got to get us one of those!

The dogs did great. We had our three and Logan, a four month old chihuahua. At night we put glow necklaces on them, each with their own color, so we could always see where they were. Worked like a charm!

We’re already planning our next weekend out since there won’t be too many more this year before it gets to cold. We have some other friends that are hoping to join us on some of those weekends as well. More good times!

Go here for all photos. 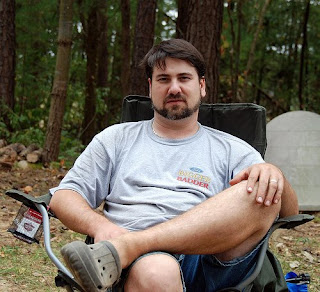 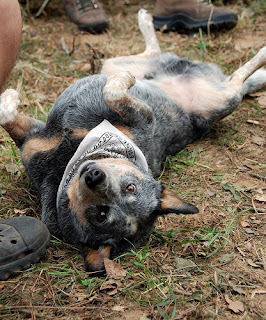 Blue is at home in Dog Woods 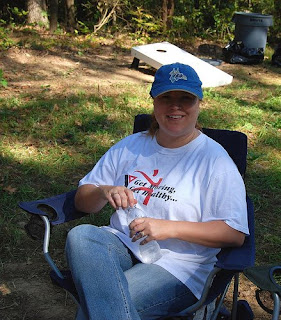 Me and my camping hat 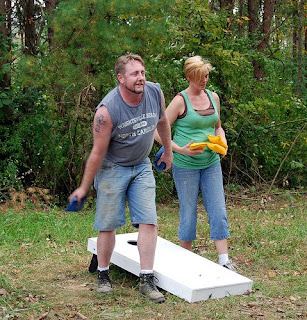 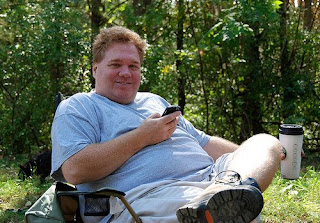 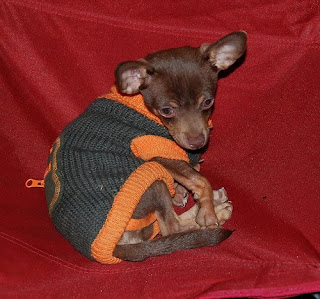 Little Logan in his camping sweater 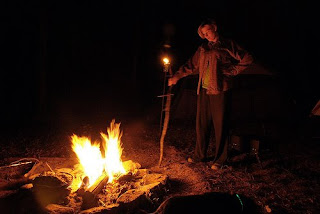