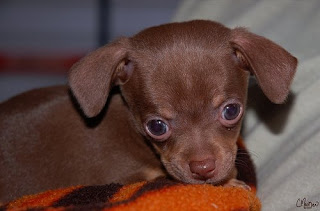 Whoo boy…I’m almost glad to go back to work to get a break! Almost…not quite. 😉 It’s been a heck of a weekend that started Thursday night at the casino boat. Mom and I went out for what seems to be becoming an annual event for her birthday. We went to Caesar’s (being renamed to Horseshoe as of July 11) and had a nice dinner to prepare us for our gambling. Then off to the slots we went. We found the new ones they had just installed the month before and much to our surprise we both did well on the first machines of the night! Usually when I go to the boat I’m out of my allotted money within 45 minutes…but we were doing so well we played for 3 hours! It was awesome! I still didn’t come home with any winnings, but it was well worth the fun.

Friday morning was spent at work, as usual, and then off to the eye doctor at 2:00 due to some issues I’ve been having with headaches and focusing on the computer screen after about six hours. Seeing as I’m on the computer roughly 13 hours a day on average those six hours just weren’t going to cut it. So of course the good ol‘ eye doc prescribed me some reading glasses…blah. They should be in sometime this week. At least they are cute…turquoise in color and with a little bit of a funky shape to them. With my dilated eyes I couldn’t do much for the next several hours so I spent my time helping Jason assemble Portia’s new desk. Portia’s boyfriend joined us for dinner and that was all of the excitement for Friday night.

Saturday was spent hanging with a local Flickr group – one of our first meet ups as a group. We had lunch at Red Robin and then headed over to one of the member’s house for some Photoshop tips and tricks. I learned a lot and have already started using some new techniques. After that John, Jenn, Eric, Tina & Chuck stopped out and we did the usual porch-sitting and chatting. Eric and Tina had a newly adopted seven week old chihuahua named Logan who everyone cooed over all night. Isn’t he adorable?!

And of course today, Sunday, I had to catch up on all the work I had been putting off since Thursday. Now that’s done and I’m loading up the iPod for a new work week and pondering on playing with some new flash techniques John taught me (camera flash, that is). He did this cool shot with Jenn when he was showing me some setting tips. Pretty cool, eh? 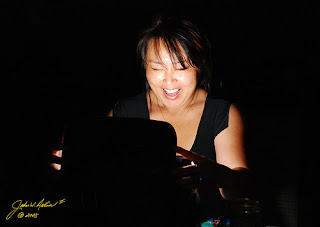 And as for my book progress for Tuesday’s book club meeting…well, I’m on page 50 of 198. I might have a teensie problem in finishing that by Tuesday night…especially if I keep writing novels of blogs. 😛 So off I go to read my heart out!