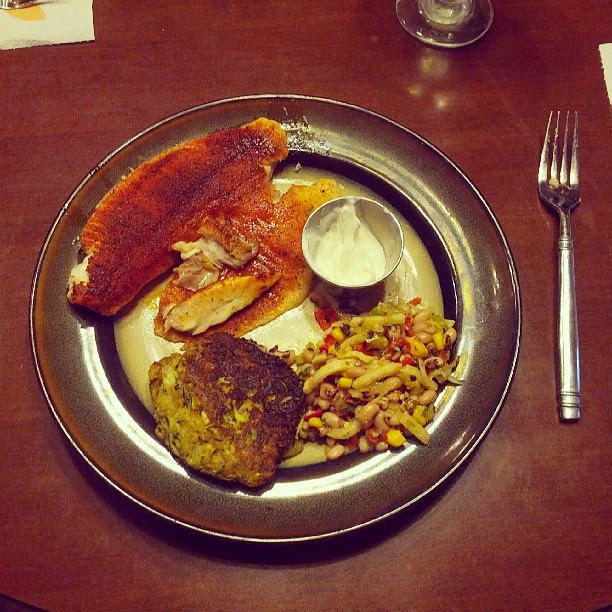 Jason and I generally aren’t seafood fans – not at all. But we are trying to eat healthier so decided to try some baked fish on recommendation from friends. We invited them over to help us prepare it and, of course, to eat it!  We ended up making baked cajun and blackened tilapia fish, zucchini patties (both dipped in plain Greek yogurt) and a side of Texas caviar ( a cold salad consisting of beans, corn, cilantro, peppers and some other stuff pre-made from Costco ).  None of us were too thrilled with the Texas caviar salad, but the rest was fantastic!  We have vowed to attempt to get at least one fish dish a week consumed.