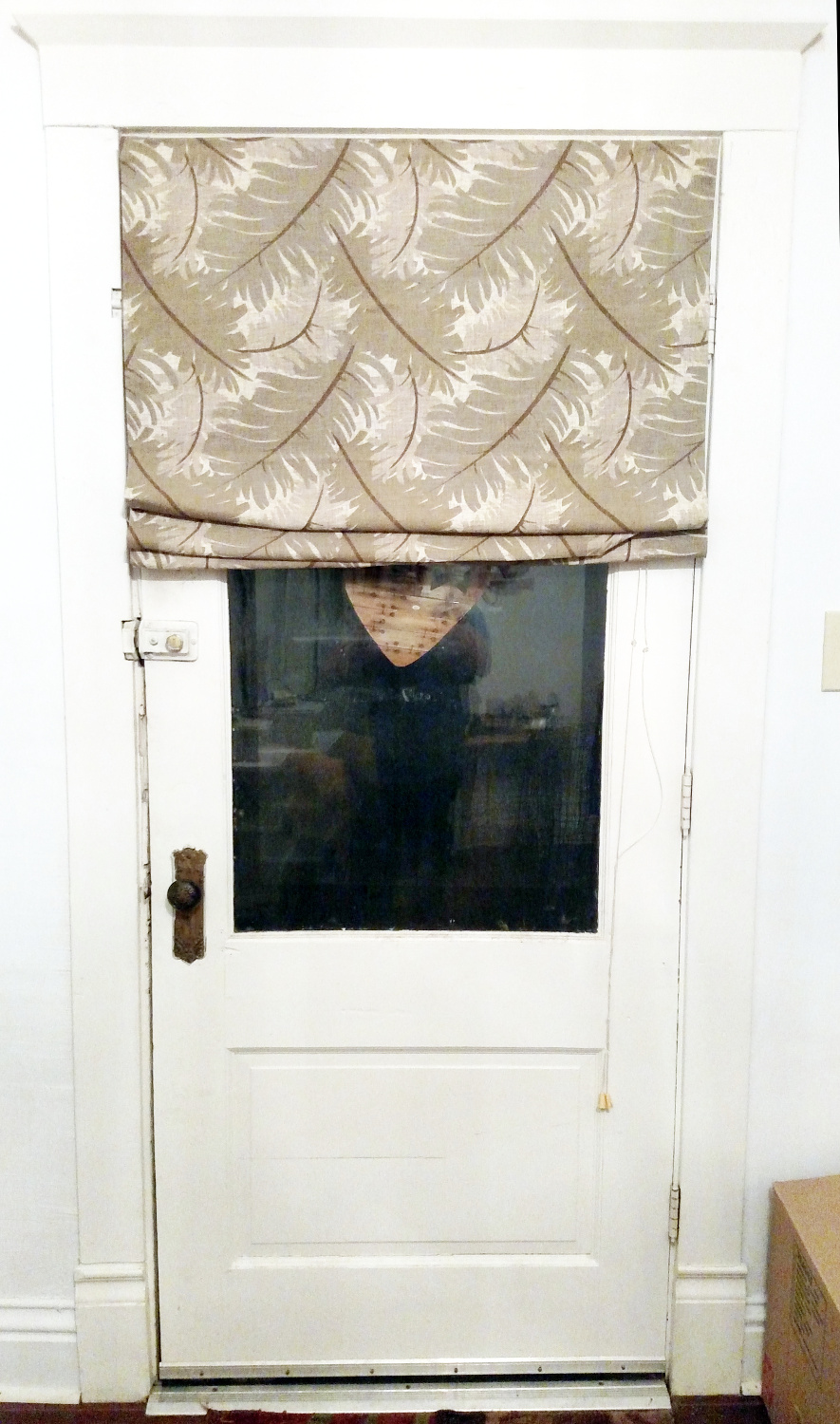 Since we’ve moved into the new house two months ago, we’ve been slowly updating the little things here and there in tandem with a few larger projects, such as replacing the sewer lines and removing the 200-year-old tree that was ruining the house foundation.  A kitchen remodel and outbuilding overhaul are the next big ticket items on the list.  Meanwhile, indoors we are busy ripping up carpet and researching the process of refinishing the hardwood floors. Then on the sidelines we have small details such as replacing curtains and blinds.

Our front door is an old red door with a very large window. Living on a main street, we didn’t want just anyone driving by to see inside at night. When we moved in there were blinds over the door, however, these blinds were not only filthy dirty, they were missing slats and had a lot of broken slats.  I recalled seeing tutorials on how to make roman shades out of the basic bones of blinds so figured I’d give it a shot with some neutral fabric I had on hand that I had purchased to make pillow covers and never got around to.

I didn’t take photos of the process, but I followed this tutorial to make them. In a nutshell, I reused the blinds by cleaning them, removing all of the slats and cutting out the cords that were not needed.  I then used fabric glue to attach my cut fabric to the top, bottoms and a handful of slats that I reused.  I will be doing another one for the back door, however, next time, at Jason’s request, I think I will put a grommet in the top so the pull string can feed through to hang in the front, rather than falling behind the shade where it tends to get caught on the blind slats.  We’ll see how that one goes.  But here are photos of this shade – it turned out pretty good for a first attempt. 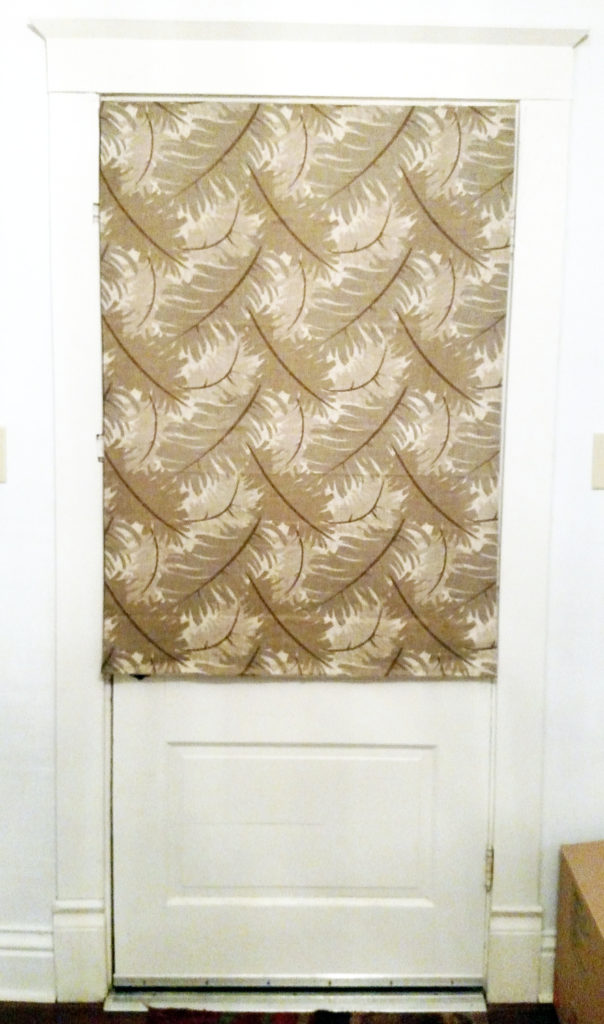 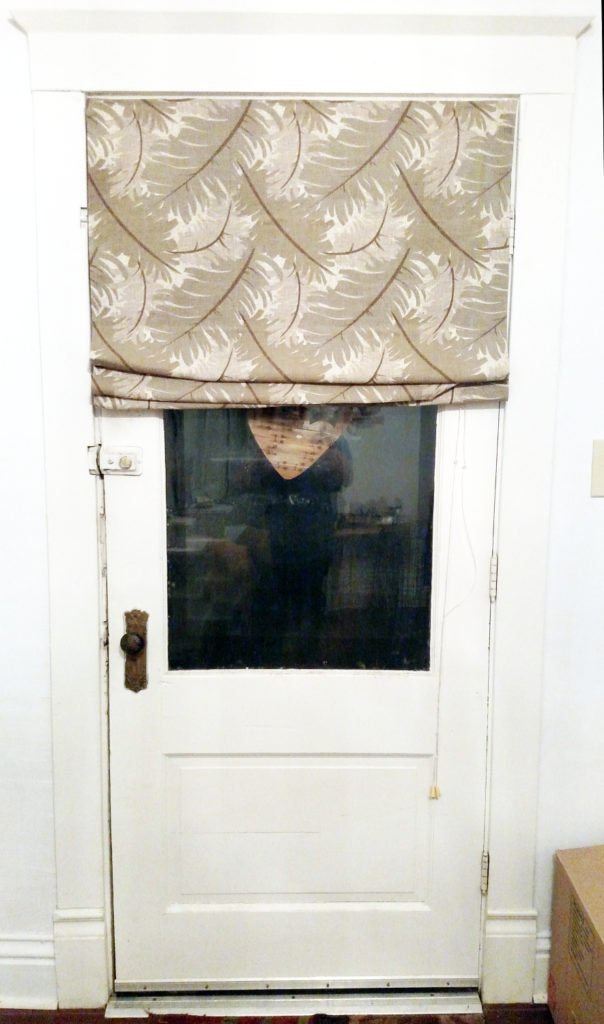 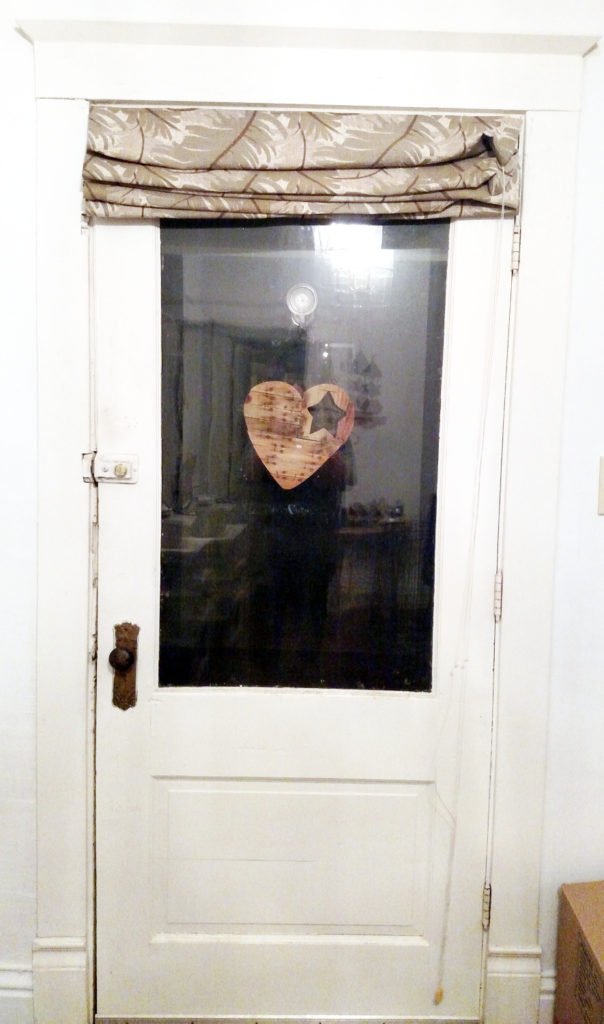