A couple of weeks ago we said goodbye to the 200-year-old, 140-foot tree in our front yard.  Did we want to?  Of course not!  But, it was destroying the foundation of the house and once it was cut down, we found that it was actually rotting from the inside out. Do you realize what would be left of our house if that thing fell on it?  What if we were IN the house when it fell?  Not feeling “quite” so bad now…

Now that the gigantic tree roots aren’t forcing the foundation in, it’s time to re-support it from the cellar and crawl space to keep it from shifting any further. Once the stump fully deteriorates we will plant a smaller tree that won’t cause structure damage.  Perhaps a dogwood.

Between the tree removal, stump grinding, and debris removal, it took the tree workers almost two full days. They did a great job and were very good about cleaning up afterward.  Now there is just a gigantic tree mulch pile in the front yard that will slowly sink in as the roots rot away.  We will eventually need to get some fill dirt as it sinks more and more, but that will probably be a year or so from now.

Some photos of the removal process – it was pretty fascinating to watch them climb and cut and not once hit the house, the power lines, the cars, or the street! 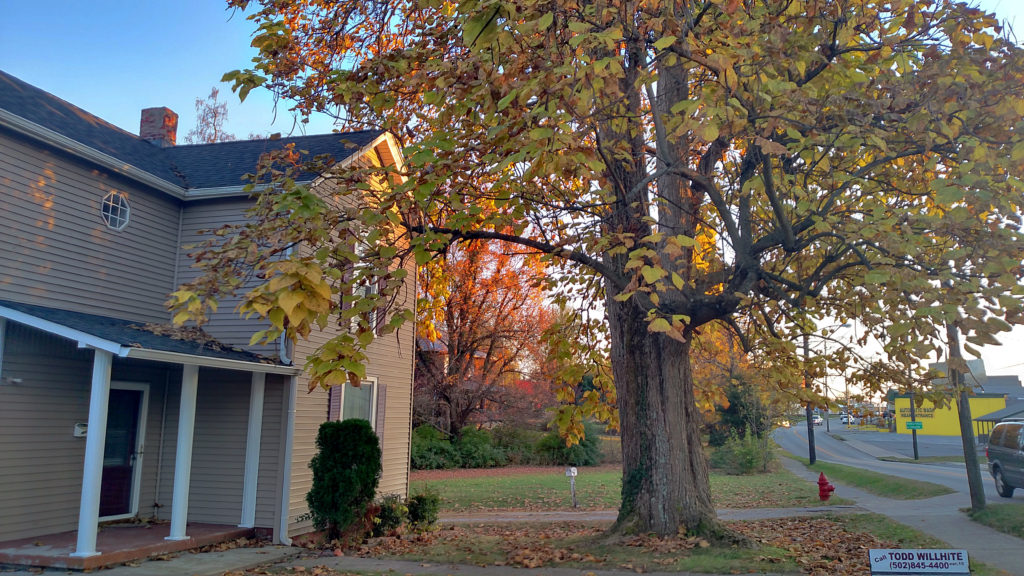 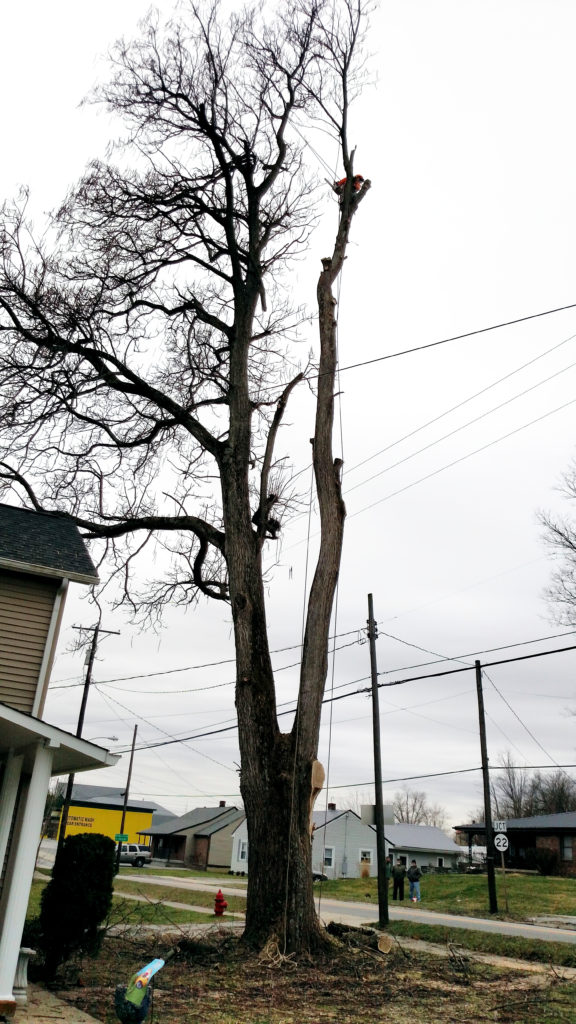 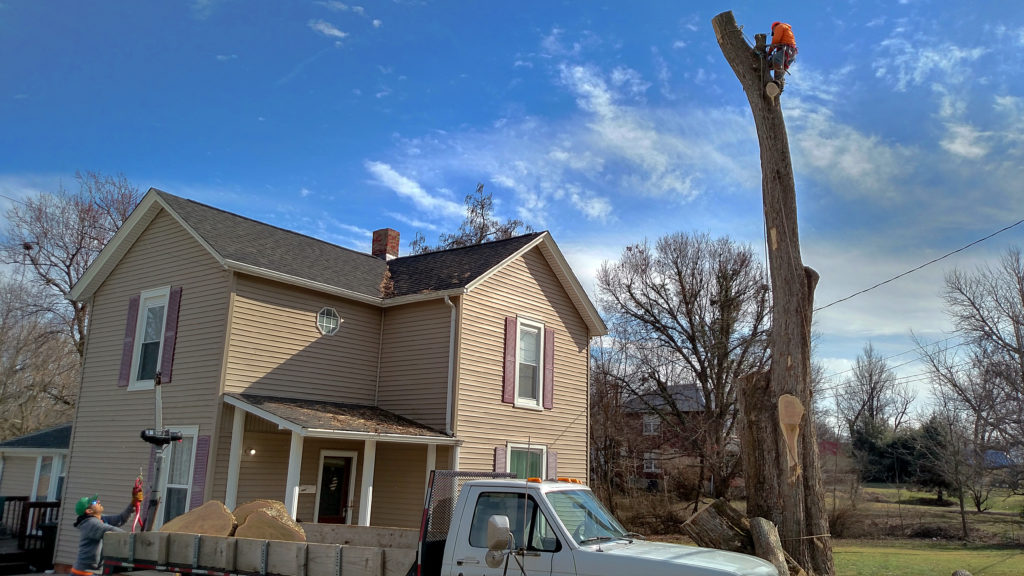 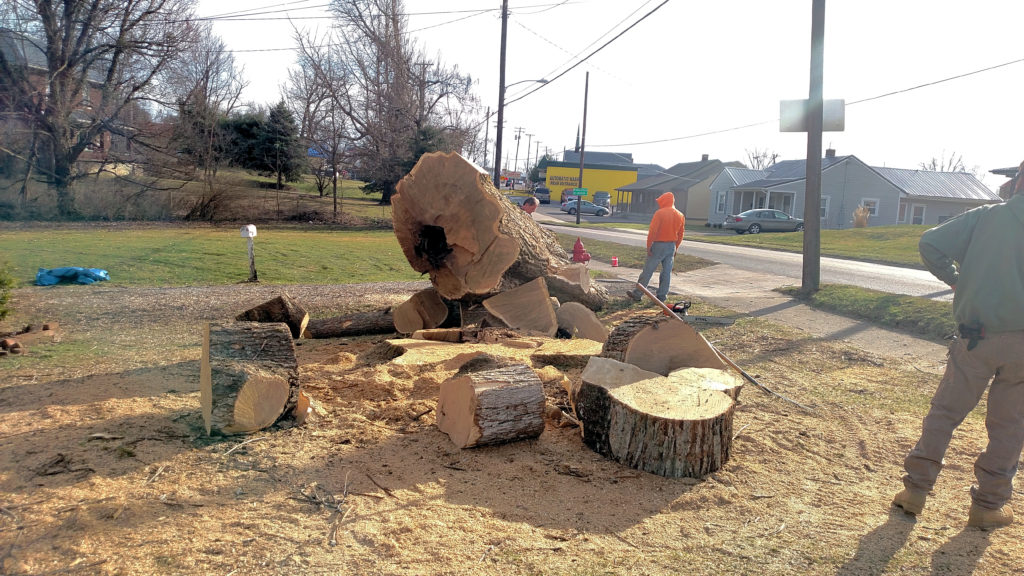 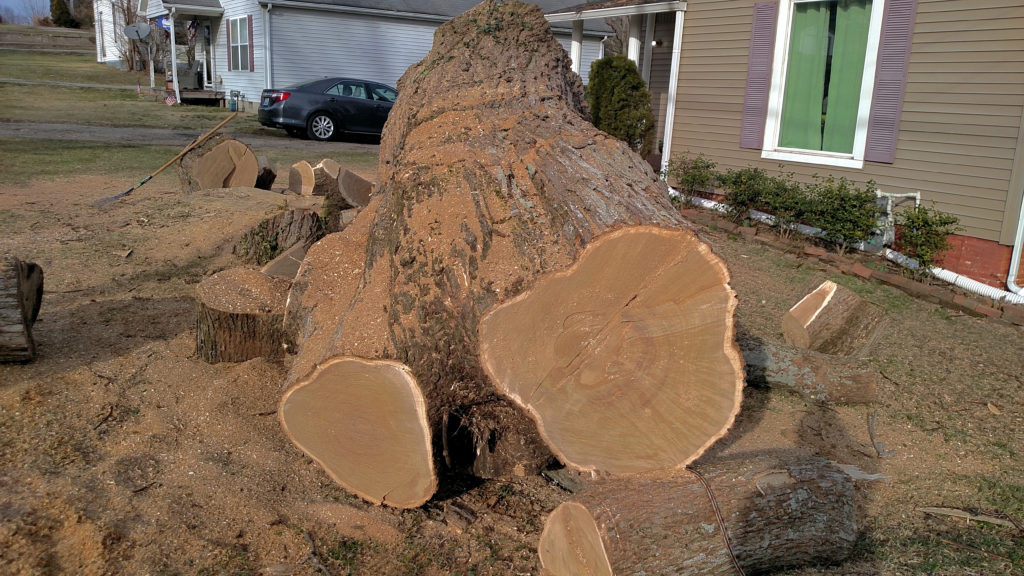 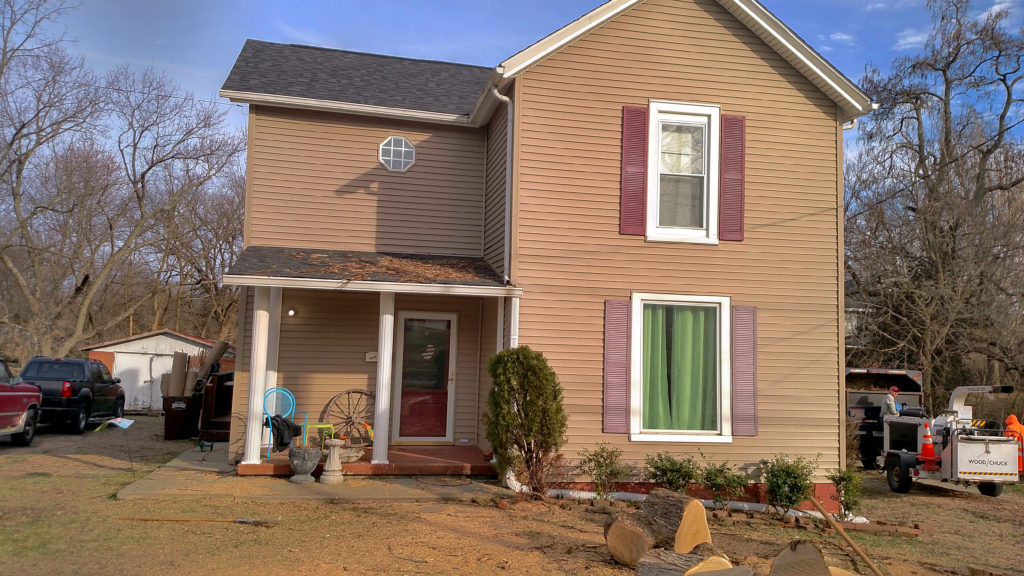