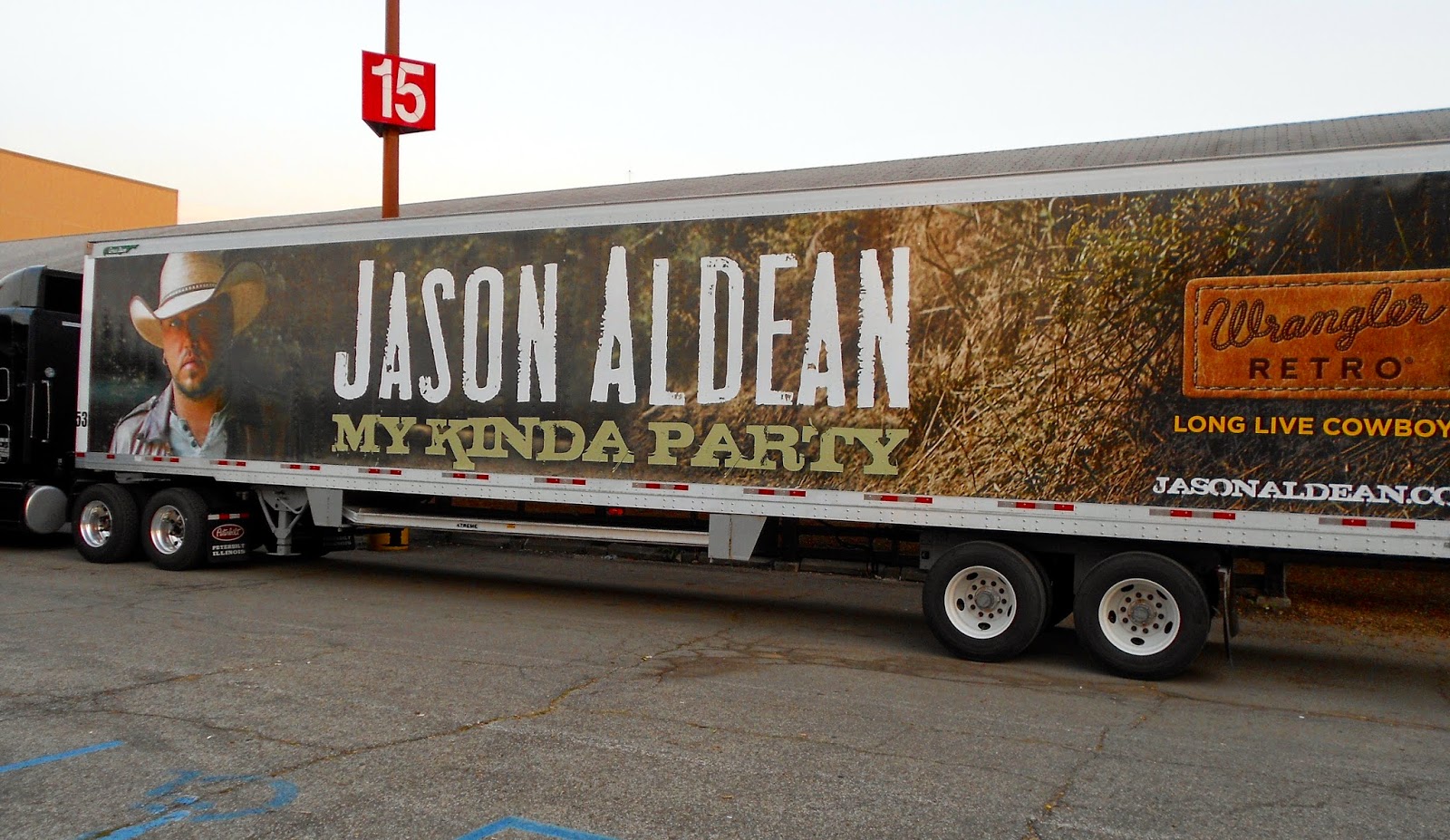 Last night C. and I went to the Kentucky State Fair to see Jason Aldean and Chris Young in concert and it was fantastic!  We left the house 3 hours before the concert so we could walk around the fairgrounds for a while before the concert started.  Little did we know it would take us over 2 hours to get to the fairgrounds.  Trimarc signs nicely told us that the main gates were closed and routed us to a different gate.  We thought, WTF, who closes the main gates on the first Saturday of a state fair for a sold out concert?!  So for 2 hours we sat in backed up traffic, maneuvered around several vehicles that had over heated and finally made it to the gates – where we found that the main gates were actually open and probably would have saved us at least an hour.  Thanks a lot Trimarc!

Once we got there we headed to the exhibition hall to get C. a custom fitted toe ring.  It was then that we realized her wallet wasn’t in her purse.  Uh oh.  We called the last place we stopped to see if it was there before making the long treck back to the truck.  Luckily, her wallet was in the truck, having slid down the seat and into the back floorboard.  Shoo, that was a close one!

So then, we make the long treck back to Freedom Hall where the concert had already started with the opening acts.  By the time we got back we decided we needed a good cold one, and I wanted to get a t-shirt.  After more line standing, and C. not being able to get a shirt due to the credit card machine crapping out, we snagged one more cold one and headed up to our seats.  From then on, the night was fantastic!  We got into the Chris Young concert just when he was playing his best songs.  Perfect timing!

During the break between Chris Young and Jason Aldean, we took a bathroom break and decided to get one more cold one.  After standing in line for 20 minutes and still 15 people back from the beer stand it was announced that all the beer was sold out.  Nice.  So we moved over to another line for another good 5 minutes when we heard them announcing Jason Aldean.  At that point we abandoned our nice, cold beer and high tailed it back to our seats (which we never actually sat in).

This was probably one of the best, if not the best, concert I have ever been to.  Our seats were perfect, especially for the price we got them for.  We were side-stage and close enough to get a good view of the band members, plus they always have the big screens for the close-ups.  It was a great night out, despite all of our hurdles, and well worth everything!

And of course, some photos:

The equipment trucks – there were 4 of these plus the tour bus:

Our picture with Jason  😉 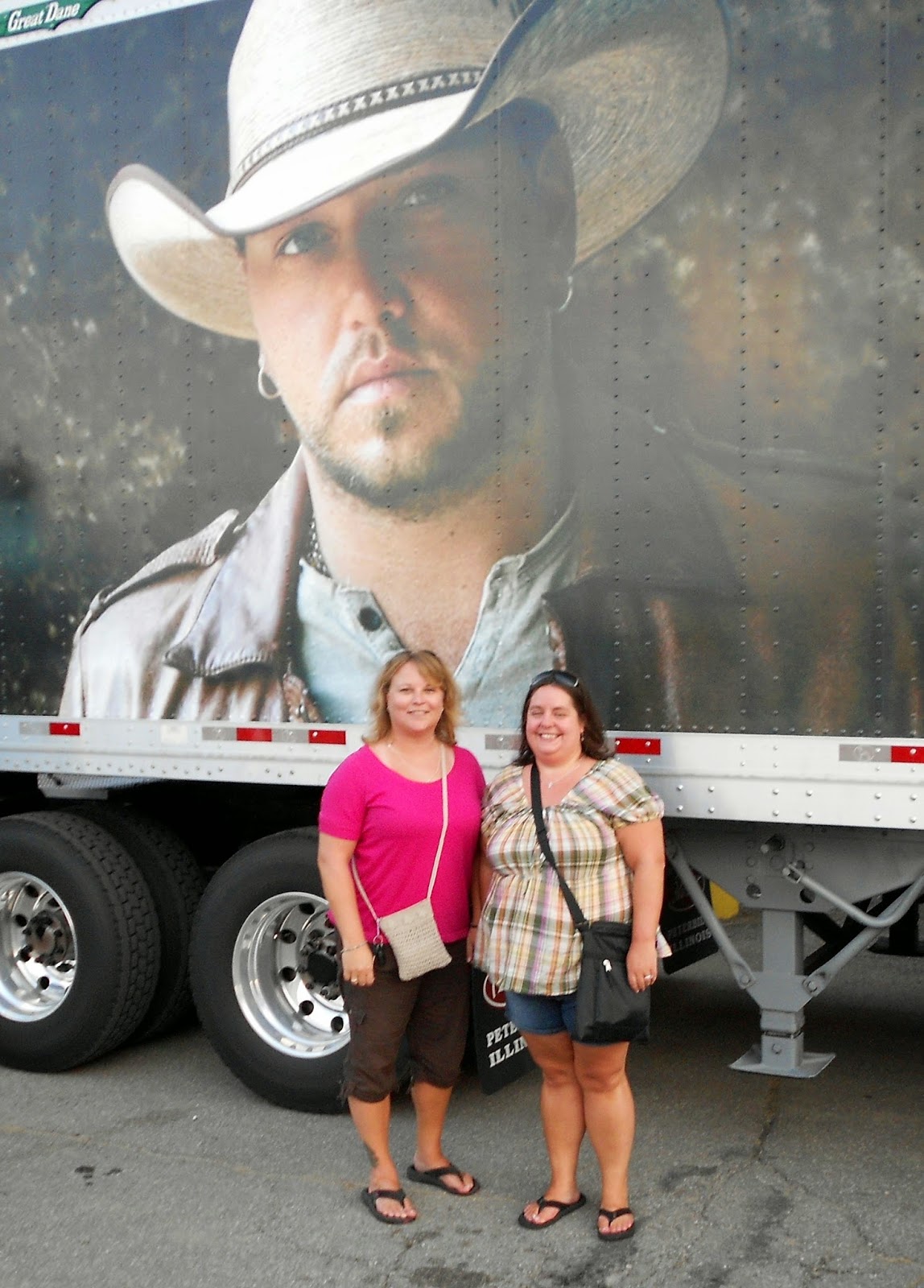 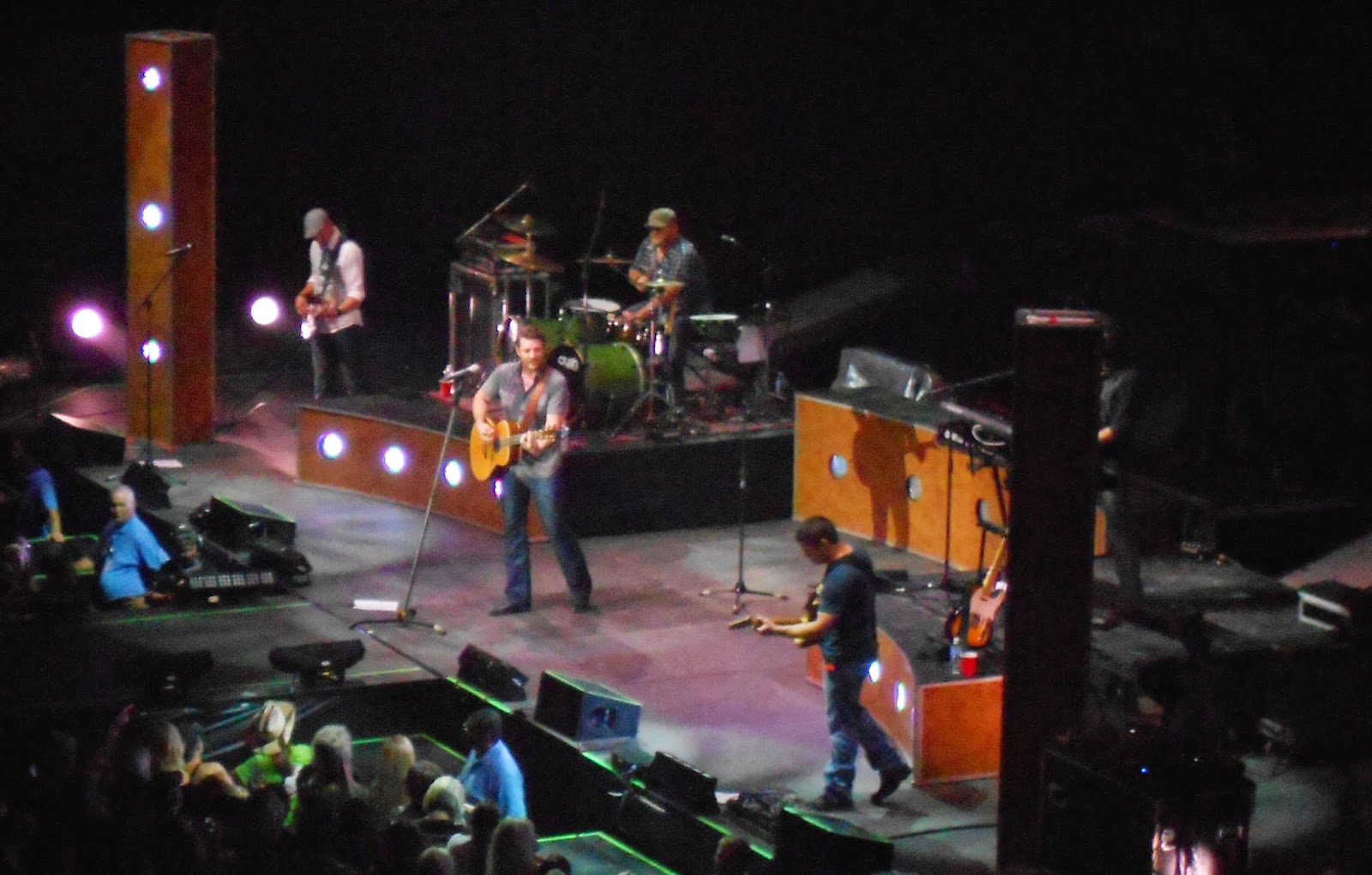 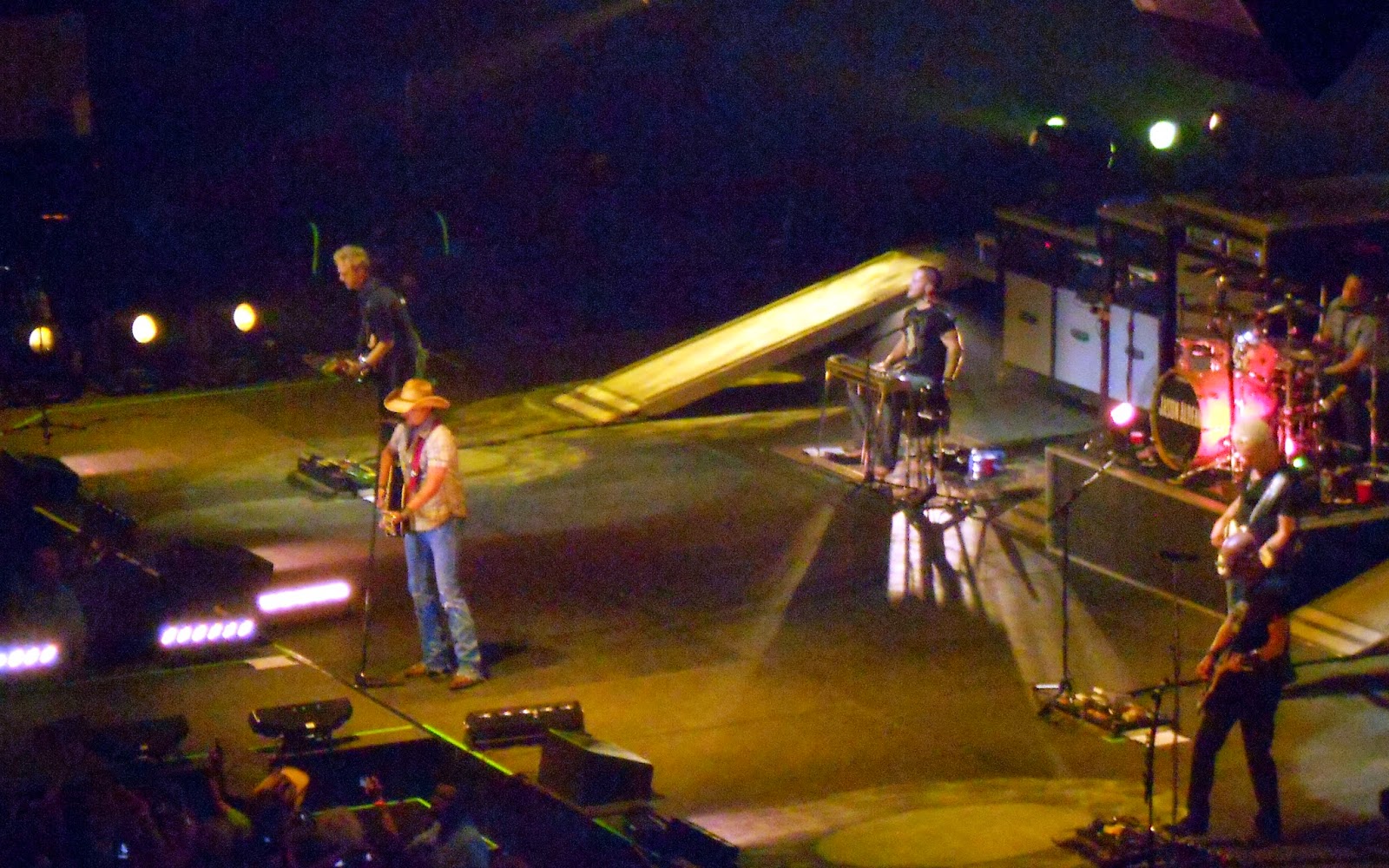