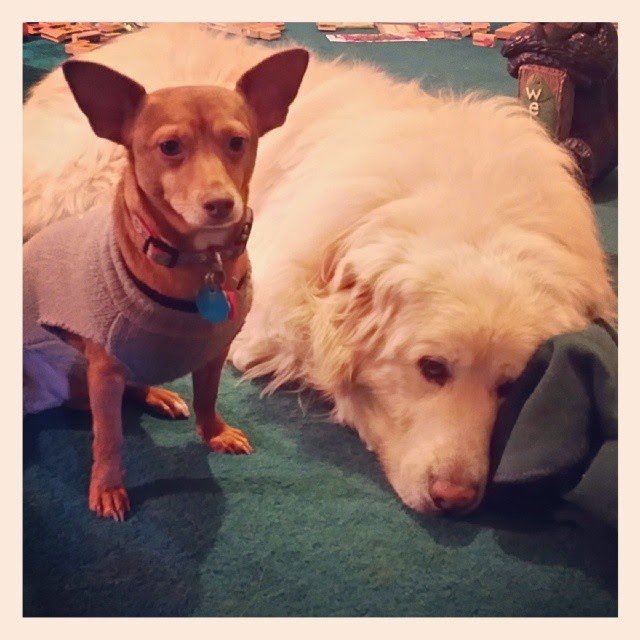 Today Jason woke me up to come look at Buddy.  He was acting strange and deciding to lay down in mid-stride, while he ate and just in odd places.  After a text to our awesome veterinarian we were instructed to make sure he didn’t have a fever.  We did that and checked him all over for any signs of injury but found nothing.  Dr. Rubsch knew we likely had meds on hand from when Blue had his back issues and told us to try some of the anti-inflammatory because it sounded like back strain.  Low and behold, a few hours later he was feeling so much better and now is pretty much back to his normal, dopey self.  Thank goodness!  We’re still not sure what he did – it could have been a slip on the slick steps to the yard due to the snow and ice, playing with L.B. or just plain age starting to get to him.  Hopefully it’s an isolated incident.  He’s way too big to be carting up and down the steps!