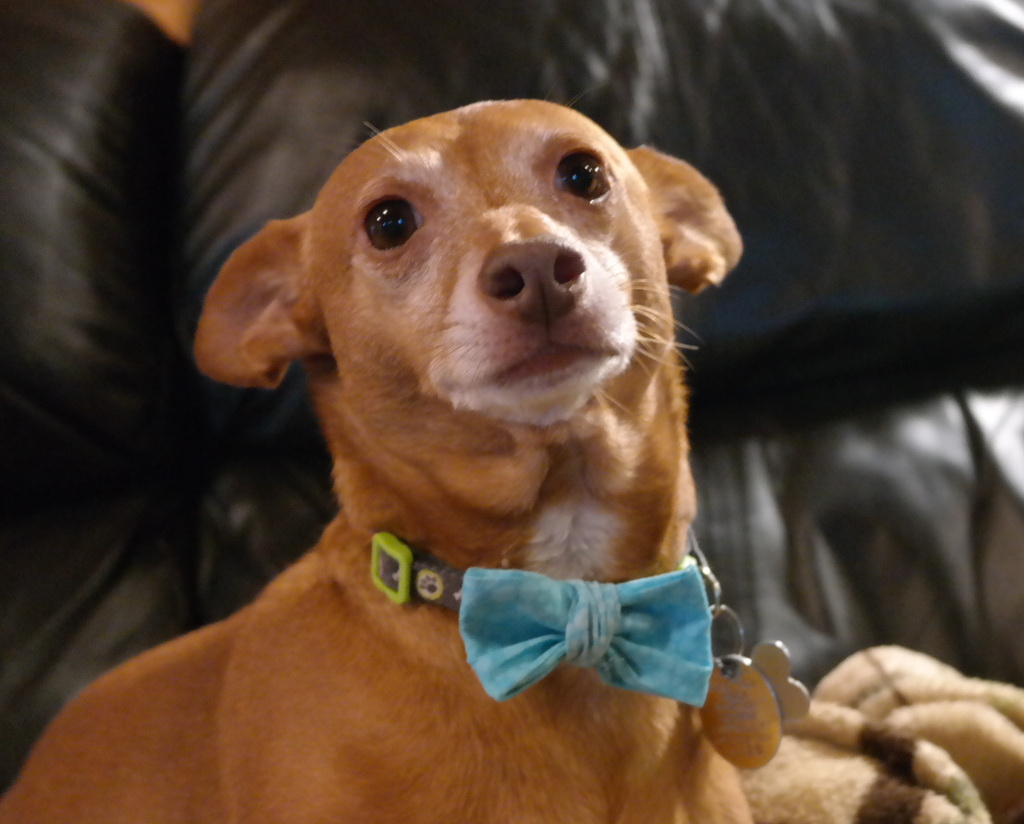 I was fiddling around in my craft room today – now mostly my sewing room – and had intended on starting a new project, but realized I needed to order a few items before I could get started.  So instead, I headed to my Pinterest Sewing board to find a simple project I could knock out in an hour.  I found a quick tutorial on how to make a bow tie for a dog collar, so of course, I had to try it out.  Since Buddy’s fur covers his collar and since Lois Lane is a girl, L.B. was the lucky guinea pig. (Though Lois Lane may get a little pink one next.)

It turned out pretty good for my first attempt and for being such a small pattern to work with.  Not the greatest photos because I couldn’t get him to sit still, but look at that handsome fella!  You can find the bow tie tutorial here if you would like to give it a shot.  I plan to make them some holiday bow ties next.  🙂 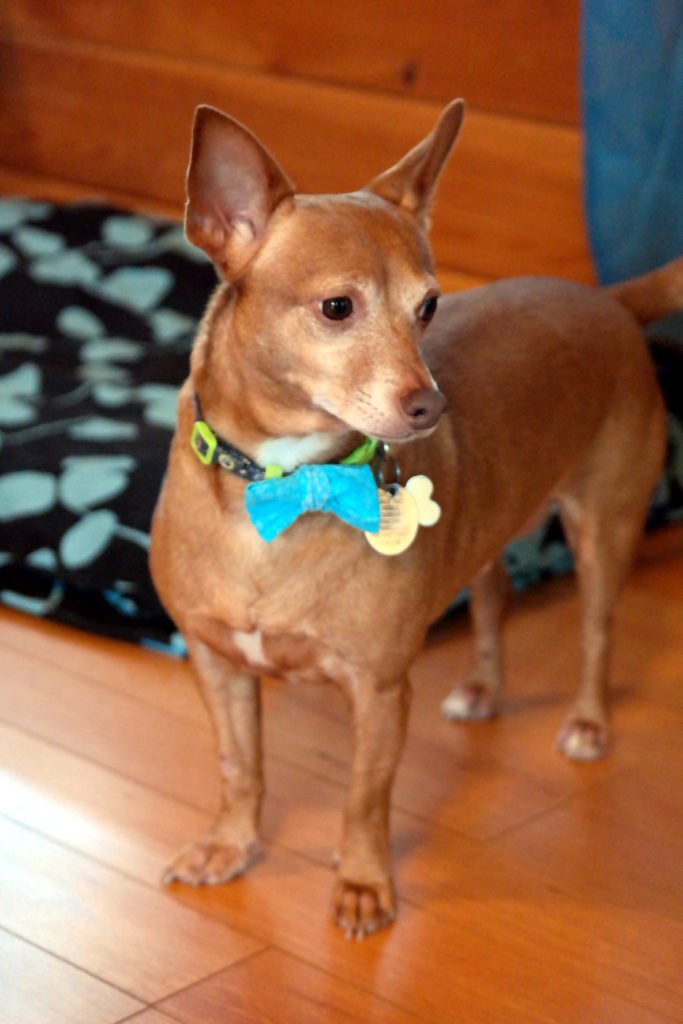 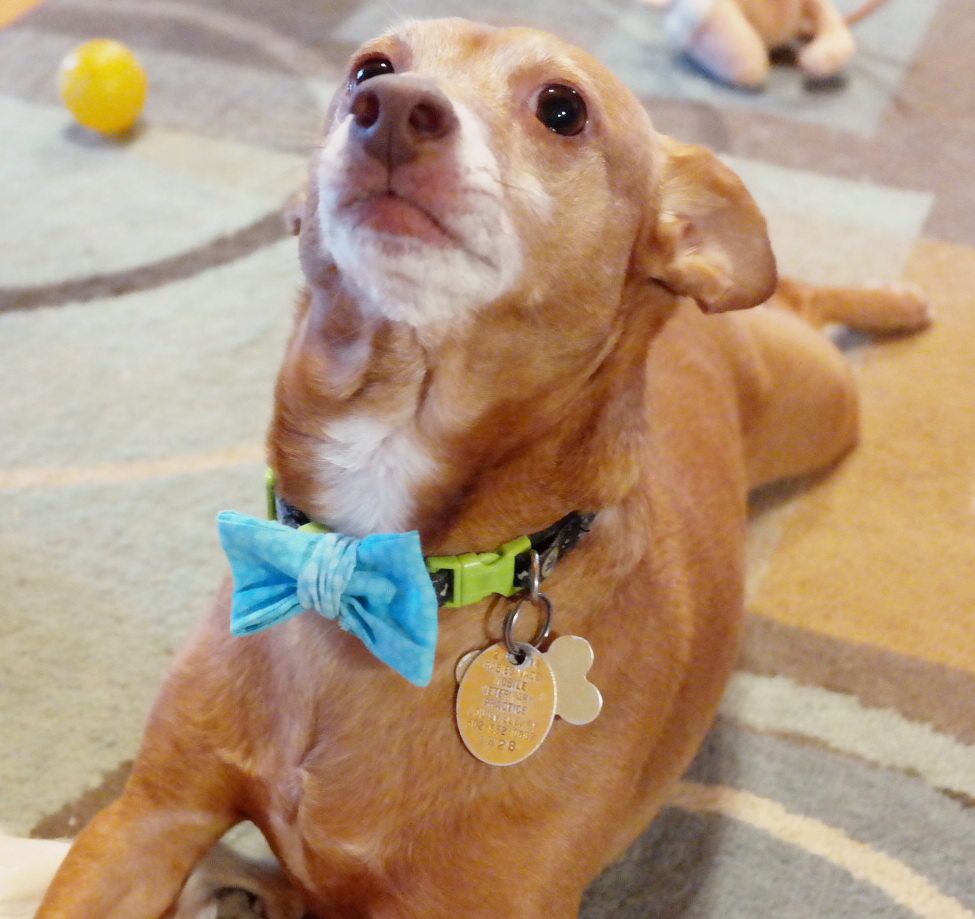 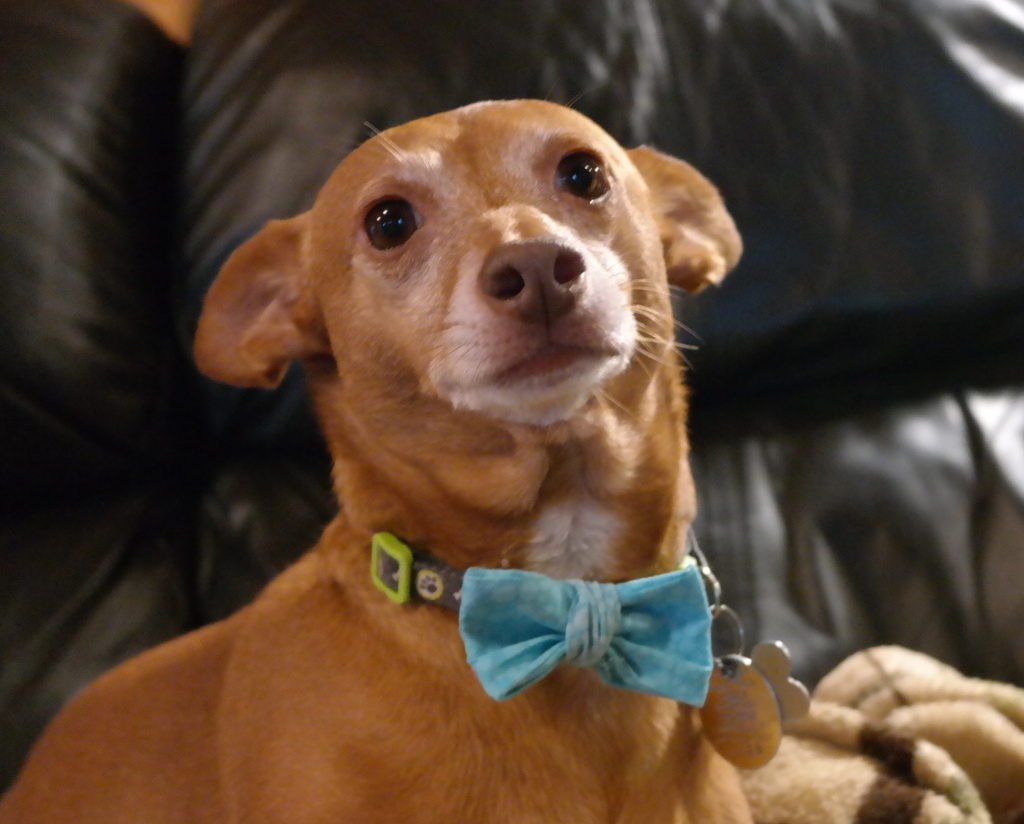 ← Testing Out the New Action Cam ← L.B. Goes to the Park on #NationalDogDay