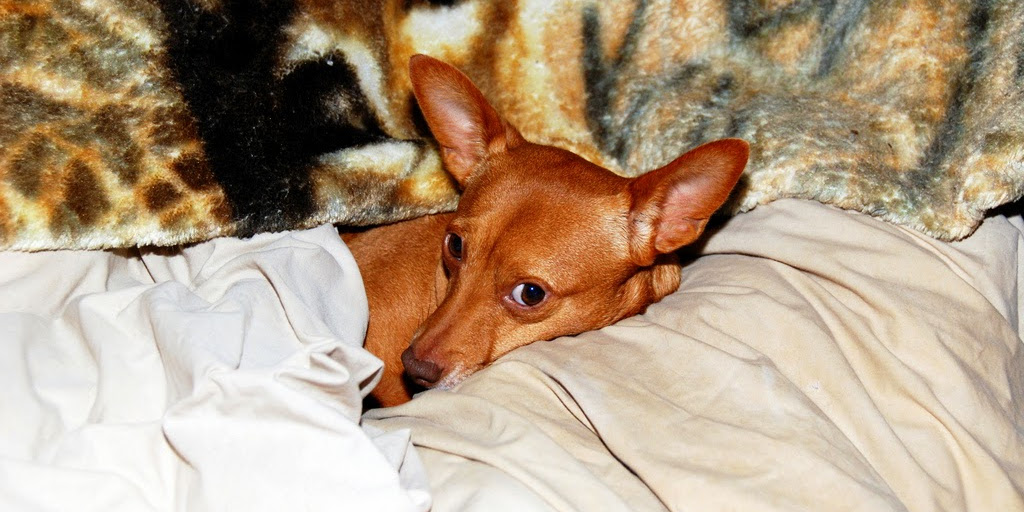 I posted a few years ago about L.B. and his infatuation with his “blanket”, which is actually a Queen sized down comforter that we don’t use anymore. At the time, we were so rudely taking it away from his crate to use in the camper since it’s so warm.  However, he did end up getting his blanket back as soon as winter rolled around because he freezes half to death even in the house during the winter.  Before it was never an issue since he used Lois Lane’s old crate, which was about 3 times bigger than the size he needed.  We recently downsized him to a crate his size to save on space and to make it easier to take with us when we travel.  So now we have a crate made for a 15-pound dog, but when we crammed the Queen size comforter into the crate, L.B. was sitting so high up he was touching the top of the crate. It was pretty funny, but not very practical.

So today, I fixed the problem by cutting the comforter in half and sewing the cut ends closed to make him two, smaller blankets.  He was in my sewing room with me while I was making theses modifications and was none too happy.  However, now that he has one blanket in his crate and one blanket for when he’s on the couch, I think he’ll be ok with the changes.  The Chiweenie is not a fan of change!

Excuse the extremely poor quality of the photos – my sewing room is pretty dark and I was using my phone camera, which washed the pictures out with the flash, but you get the idea. At any rate, this was my Saturday evening.  Party on!

This was L.B. at first when he was really worried about what I was doing to his beloved, giant blanket. 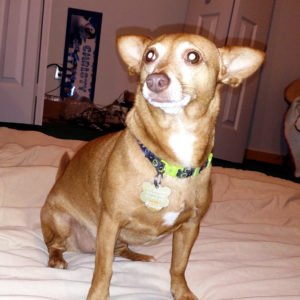 As I began cutting it in half and pinning the openings together, every time I looked up he had this horrible look of disapproval on his face.

He even started trying to remove the pins! I didn’t get a photo, but as I was sewing the ends together he kept laying on the blanket while I was trying to feed it through the machine. 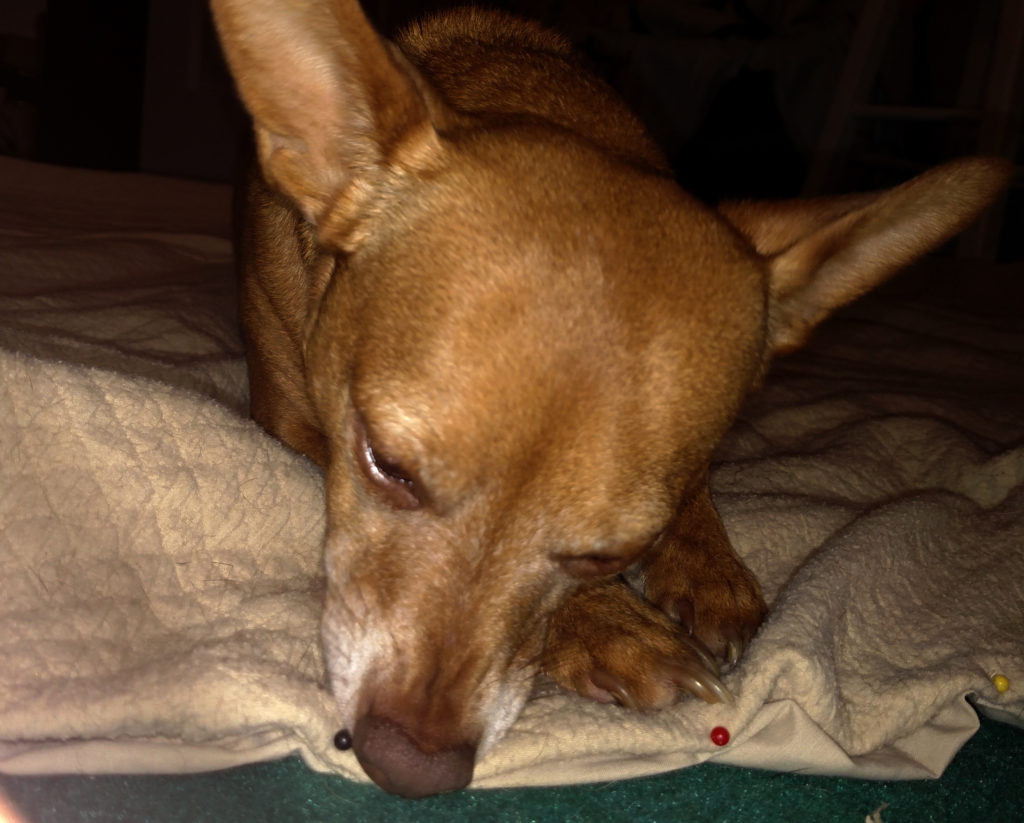 Once the first section was done and I started working on the second section, he was becoming worried that this was a scheme to have to share with Lois Lane. She immediately took over the first blanket. Another look of canine disapproval. 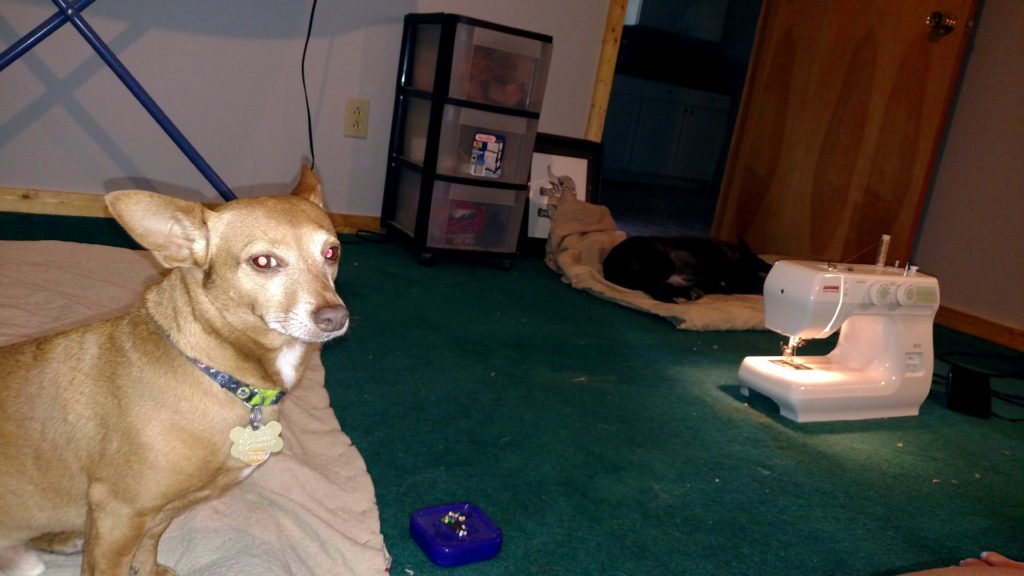 Lois Lane came over to check out the final product.  I can just see the thought bubble over L.B.’s head of him worrying that Lois is getting his blanket. 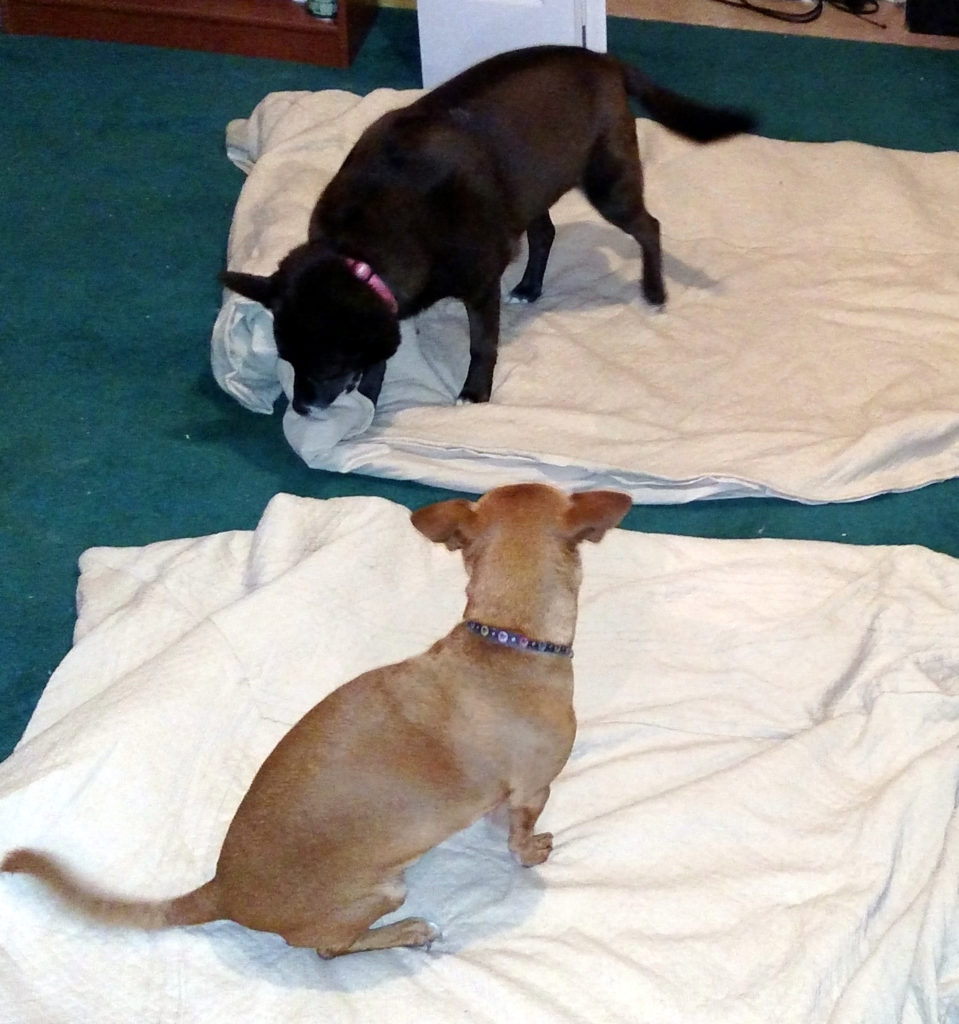 In the end result, I think he figured out all would be ok.  Tonight when we settle in to watch TV he’ll be thrilled to have the other half on the couch to keep him nice and warm. 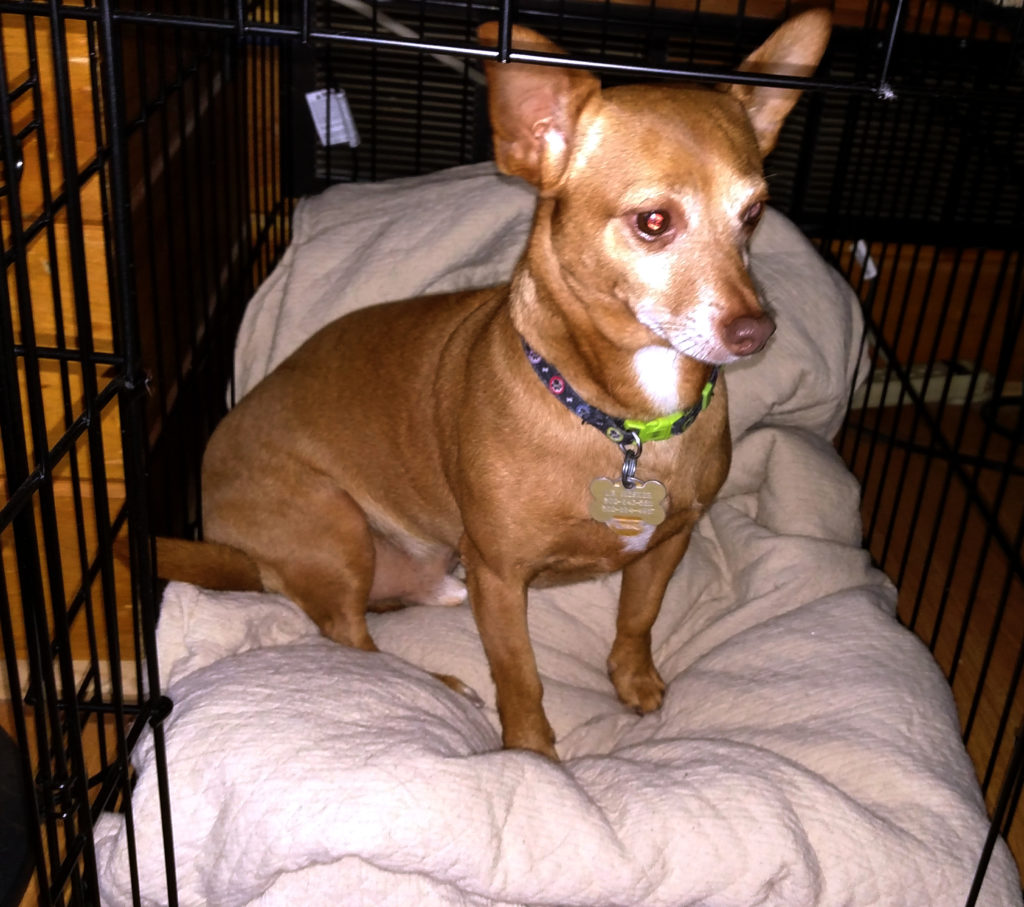 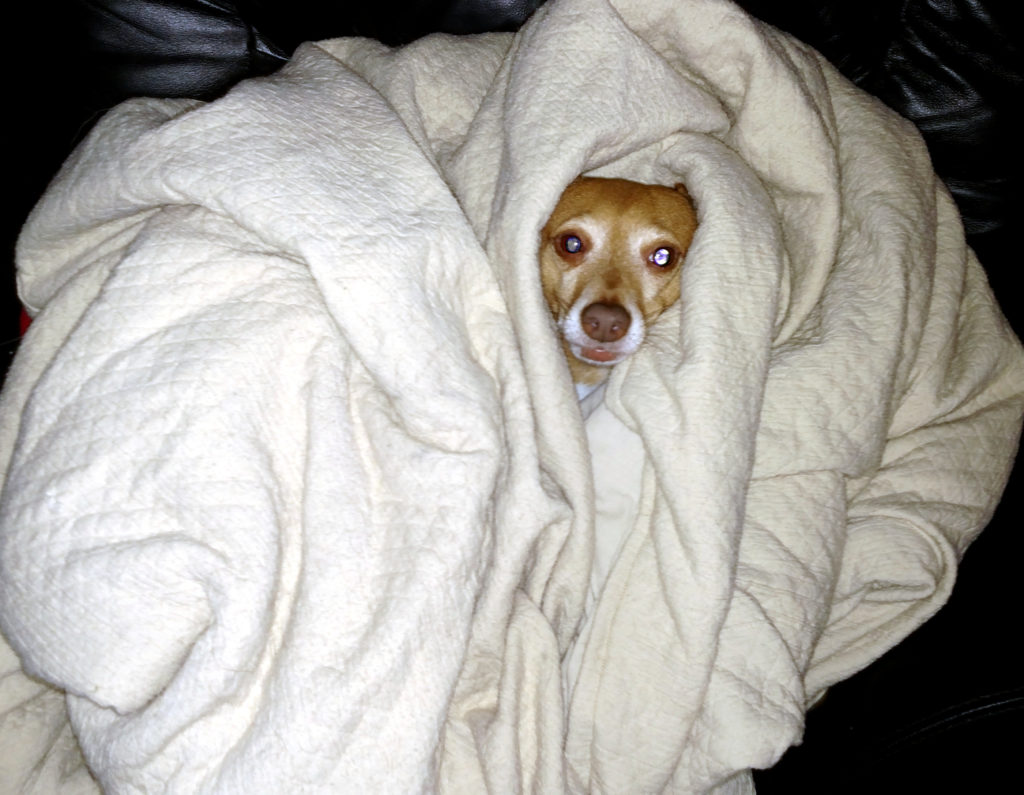