New Deck – Before and After

One of the things we’ve been wanting since moving into the new house is a nice deck overlooking the backyard.  We spend a lot of time outside during nice weather so we wanted a place that was spacious for us and any guests, overlooked the wooded backyard and bird feeders and provided a bit of privacy from road noise and people walking or driving by the front of the house.

Before, we just had a tiny little deck on the side of the house that had just enough room for a small table for the grill. It was mostly just a means to get into the house from the side. 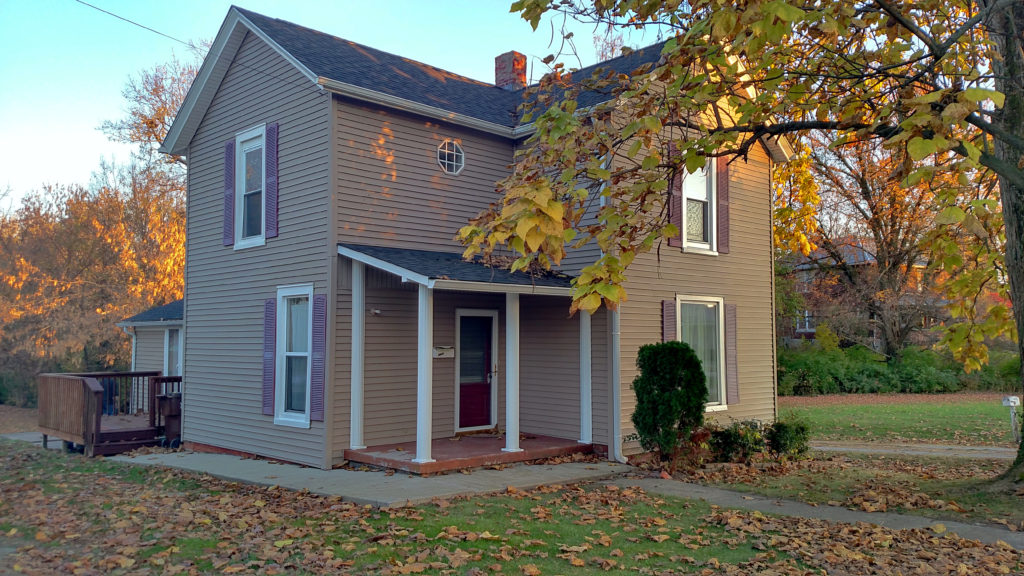 The small deck had seen better days so we had it removed and started from scratch. 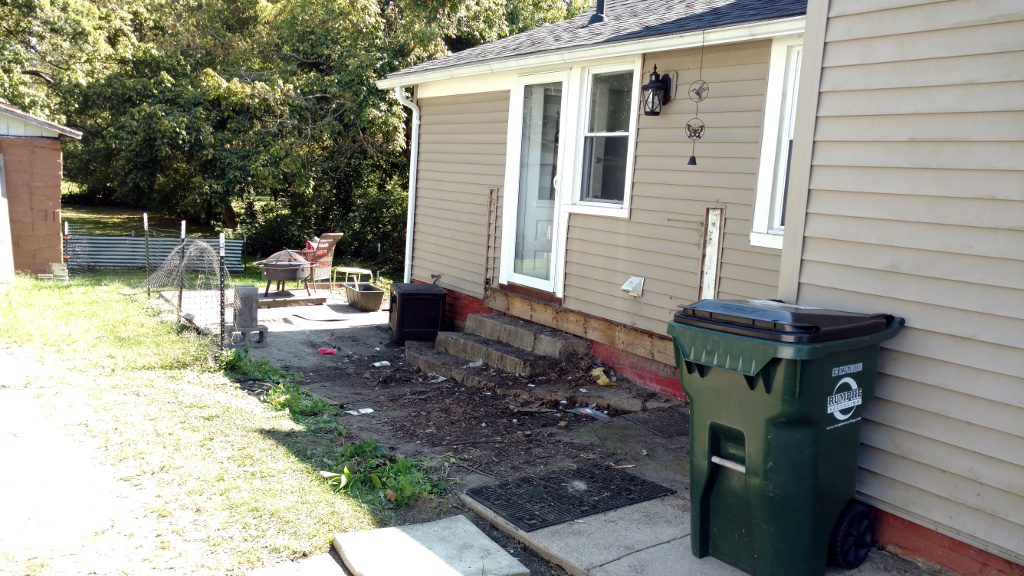 Since we wanted the deck to overlook the yard instead of the driveway, we had the contractors build it in an L shape that wrapped around the the back of the house. It also covered the eyesore of concrete ugliness that used to be a cistern. I can’t tell you how many times I stubbed toes on the raised cover. And as you can see, there was no good place to sit on the paved portion and the grass to the right is a big slope. 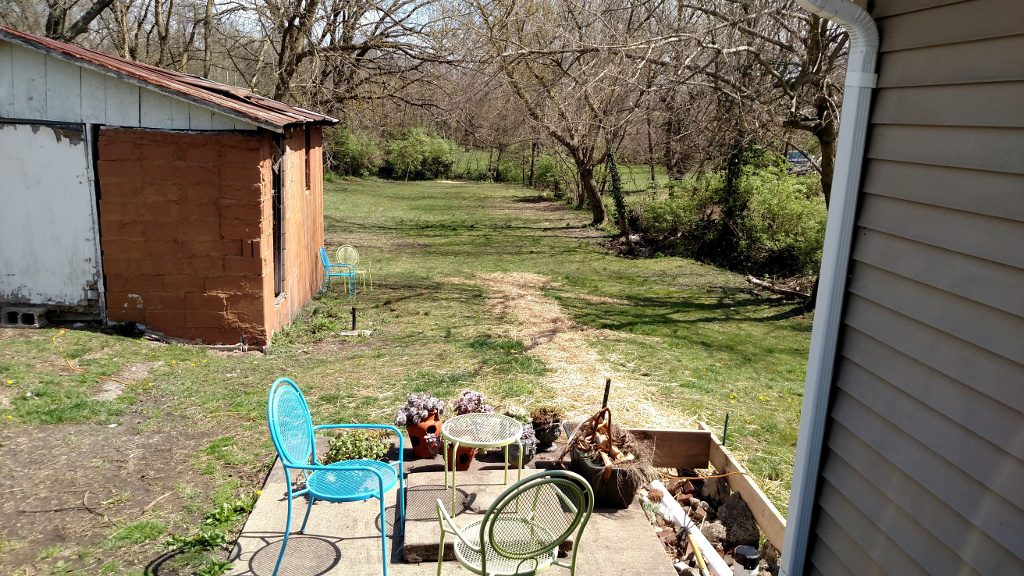 For privacy, we had them build a privacy fence on each side of the deck. It also greatly helps to reduce road noise since we live on a main street in town. We did not want to block our view of the pretty backyard, so we did regular deck spindles on the back.  We have also added a privacy gate where, in the photos below, you see the regular swing gate. This helps greatly with the dogs not being able to see people walking by on the sidewalk, which always sends all four into a frenzy of barking (we’re working on that with them).

Here are the after photos – we love, love, love it! 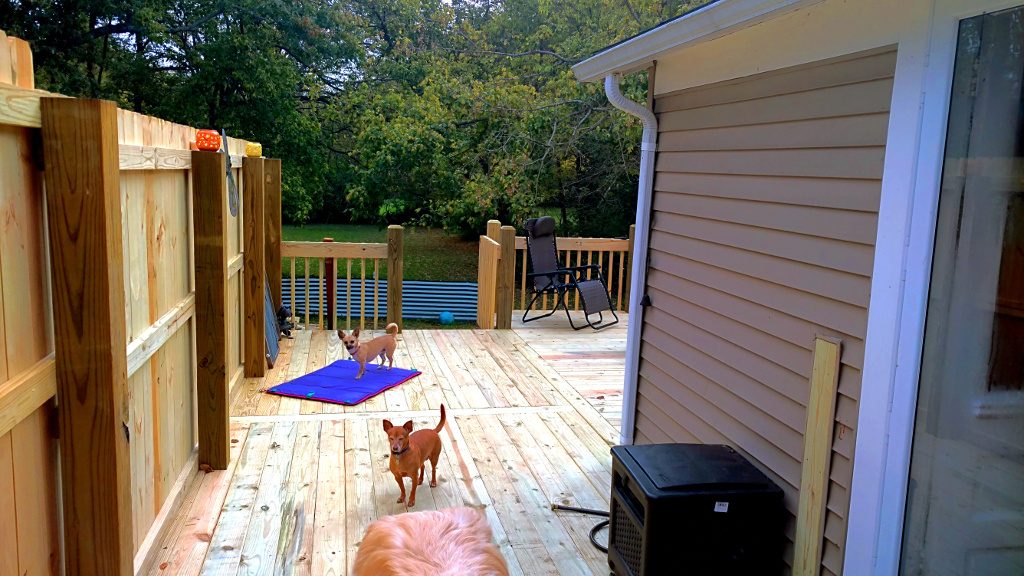 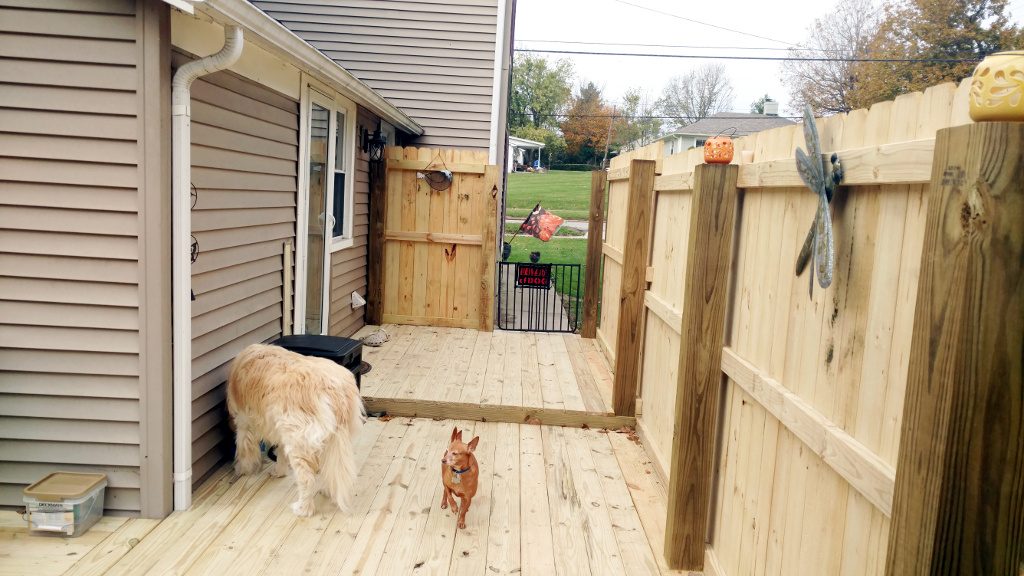 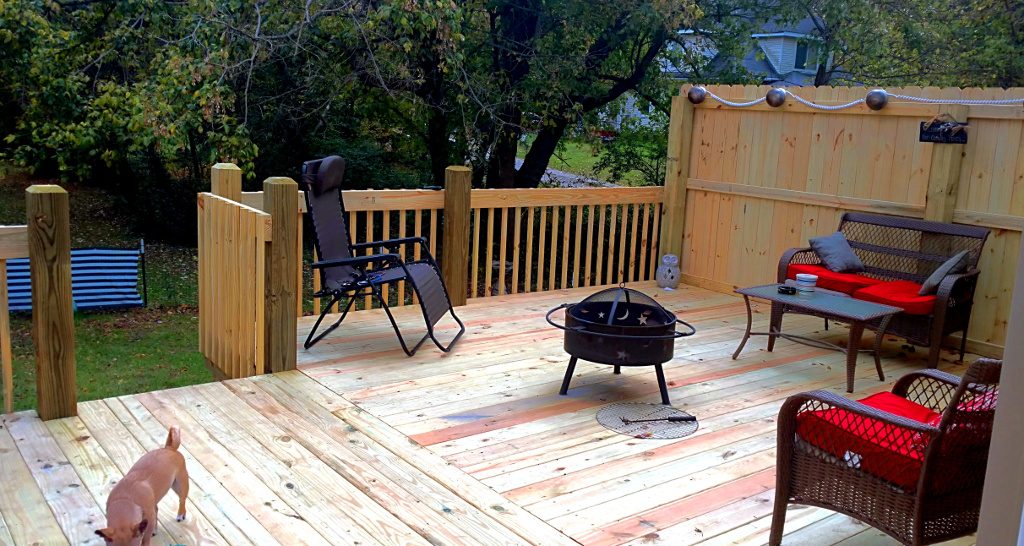 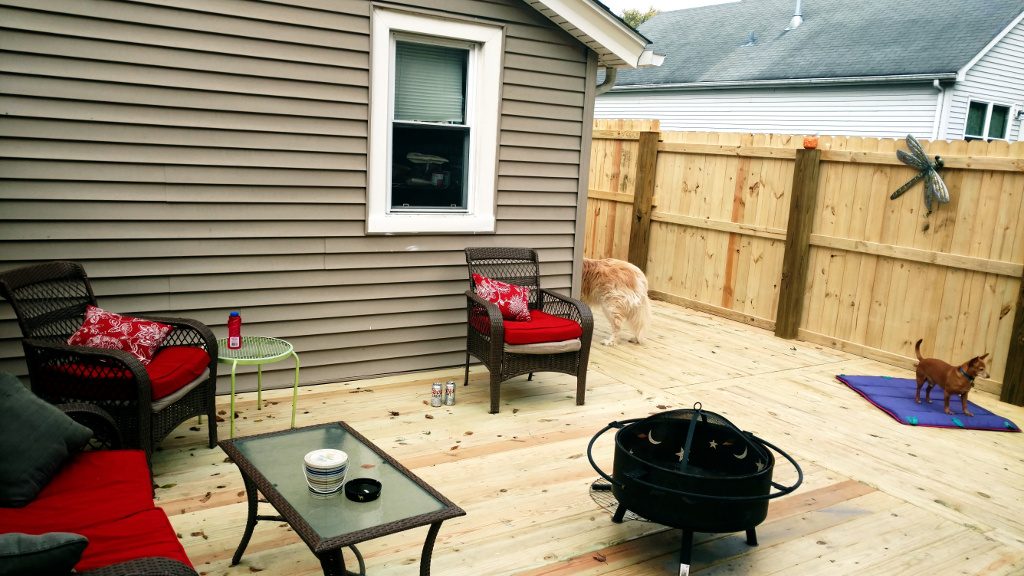 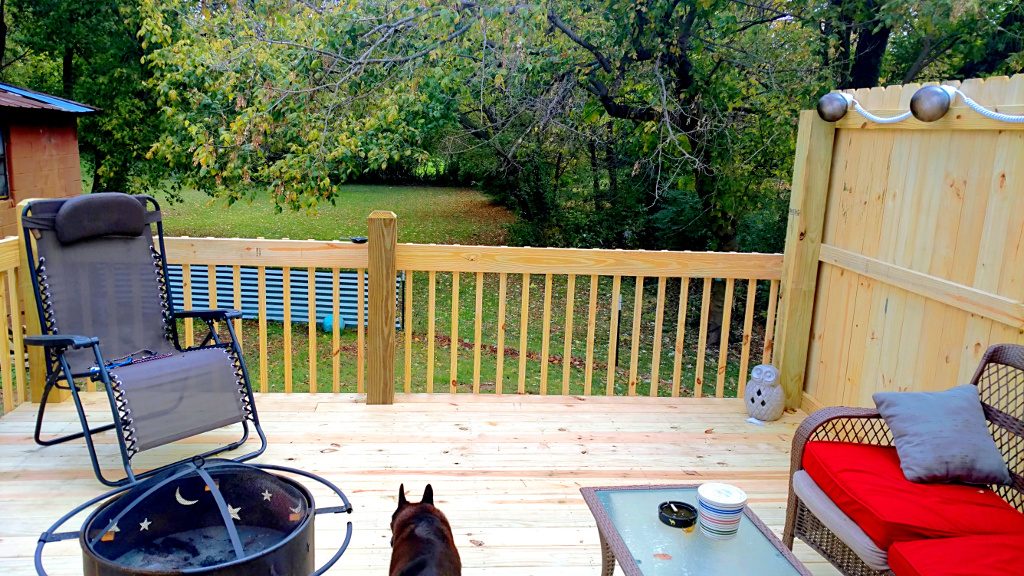 The next project is in the works to renovate the hideous outbuilding/garage.  It’s been stripped of roofing, doors, the entire front, and part of one side. It will be rebuilt correctly, a new floor is being put in (the other one was rotting out – Jason actually fell through it one day), new windows, new doors, and a new roof.  We will finish the inside ourselves and it will be Jason’s workshop/man cave.  Then I can reclaim the guest room as a guest room / my room for my vanity and extra closet space. Win win!

We also had the driveway expanded this week, added a turnaround/extra parking area, and had gravel put down so it will no longer be a mud pit every time it rains or snows.  It looks so much better and it’s so much more functional.

A few months ago we got most of the kitchen remodel finished so I’ll be making a post on that soon with before and after photos. We are still missing flooring – which we will be doing next year (we have a fancy plywood floor currently) – and some of the crown molding since we are still working out how we want the cabinet over the refrigerator.