One Hen is Being a Trickster 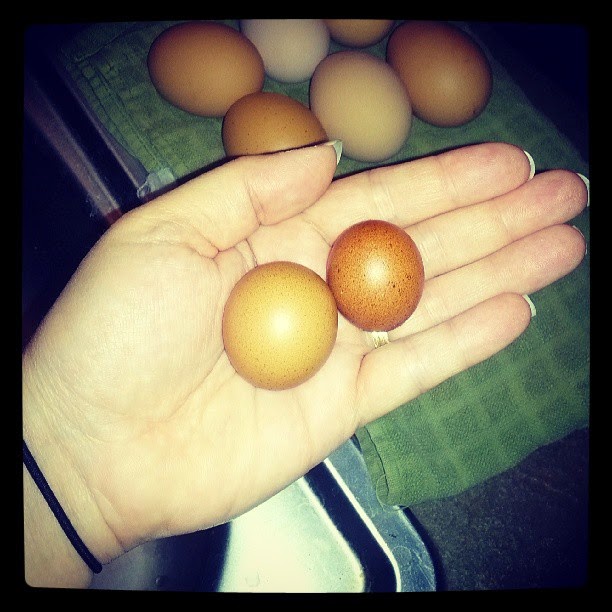 We must have a hen that didn’t lay last year starting to lay this year. Either that, or we just have a very lazy hen!
Actually, according to mypetchicken.com:
Tiny, yolkless eggs are sometimes known as witch eggs or fairy eggs. Occasionally a hen will lay a fairy egg when something has disturbed her reproductive cycle. Sometimes a hen will lay a fairy egg or two just as she comes into laying, before her reproductive system has gotten into gear. They are sometimes lighter or darker than her regular eggs because they may spend more or less time in the “egg painting” area of her system, the shell gland. It is normally nothing to be concerned about. It simply means she didn’t release a yolk before her body started producing an egg to enclose it.