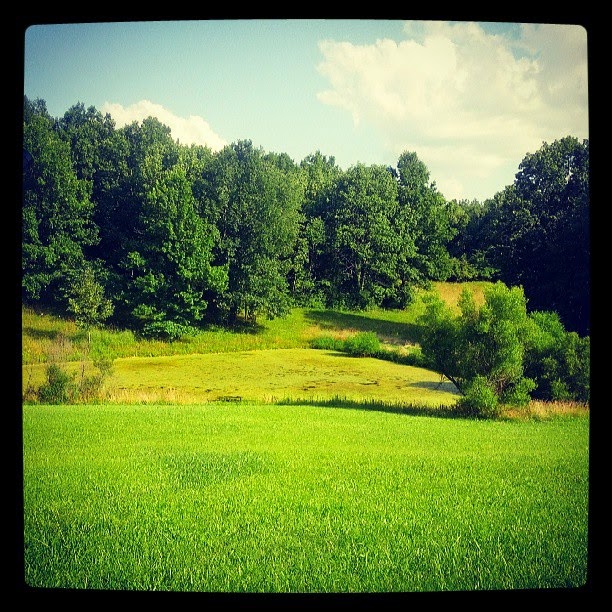 Our once gorgeous, beautiful pond that attracted so much wildlife now looks like this algae filled, scummy gross slime ball.  The first year we lived here it was absolutely beautiful and always had ducks, geese, herons, deer, turkey, etc around it.  It slowly started becoming filled with algae and we didn’t really quite know why.  Jason tried treating for the algae to no avail.  It was then that he noticed that there was black water running from the ravine that feeds into our pond.  Following the ravine up led us to the horse farm two land plots down. Turns out they were stacking their horse manure right ON TOP of the ravine! So every time it rained, down came horse poo into our beautiful pond. We brought the problem to their attention and they promised to move it.  After waiting about a month nothing was clearing up so Jason went back and asked them again.  They said they were waiting on equipment to get it moved.  This went on for a YEAR.

Last May, our large grass carp began flinging themselves out of the pond. They were suffocating in the water due to all of the manure polluting the water.  We must have lost at least 75% of our fish stock that summer. Once that happened Jason went to the farm one last time, didn’t so politely ask them to move it again and still nothing.  This led him to call one of the water authorities (I don’t recall which one) and they came out to look at it. They ended up going up to the farm and issuing a citation. A month later the huge and growing pile was finally moved elsewhere.  But, unfortunately, it was way too late for our pond and pond life and now the above photo is what we have.  🙁

We started to drain it ourselves to try to do a large “water change” but we’ve had so much rain this summer it’s been impossible.  We can either spend a lot of money to have it drained and dredged to remove all the nasty sediment that now is in the bottom and on the banks, or we can let it take it’s course and let it kill itself off, which will take several years.  *sigh*  So for now we’re taking the wait and see approach until we find any other solutions that are affordable.  Anyone that comes across this that may have any suggestions – I’m all ears!  I’d love to have our beautiful pond back.  It should look like this again: 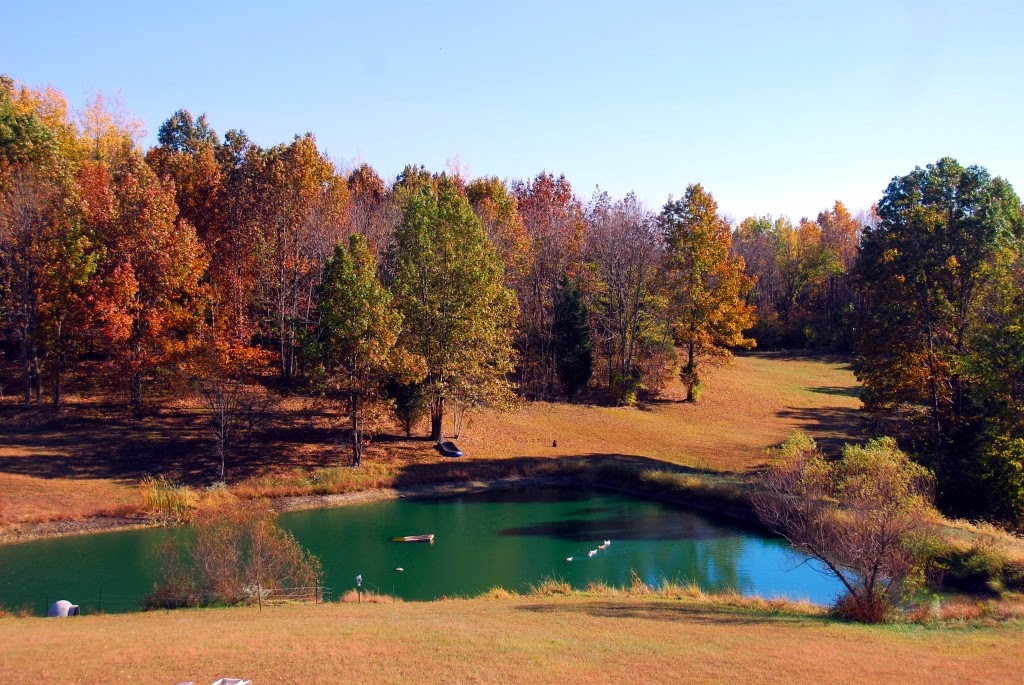 ← New Craft Room! ← It must be Saturday! #poolday