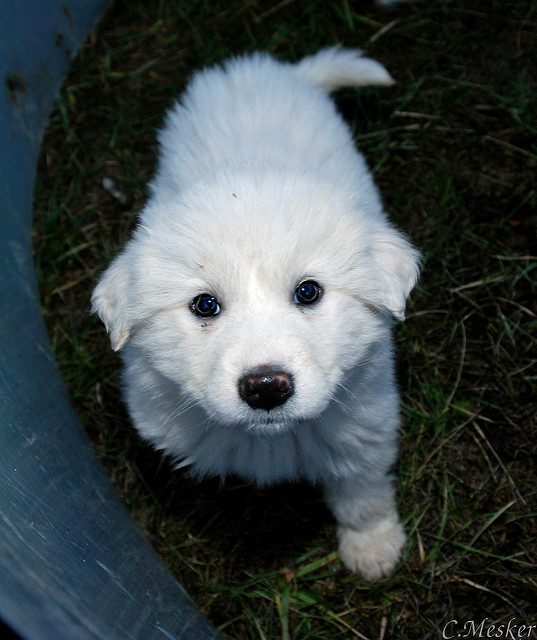 A few days ago I received an email asking if we could foster a few Great Pyrenees pups for a few days as they made the way from Nashville, Tn to Indianapolis, In.  After giving it some thought we decided that since we were home for the holiday weekend and love dogs and puppies we would offer our home to these pups.  Knowing that Jason couldn’t be much help due to his current cast and crutches situation, I decided that I could handle it on my own.  And I did!  And, oh boy, were these the cutest babies ever!  There were four seven week old Great Pyrenees pups and the cutest littlte fur balls I’ve ever seen!  Unfortunately they were full of round worms so had to be isolated to the basement so as not to contaminate any of our resident dogs.

They behaved very well for such young pups just weaned from their mother.  They had a hefty appetite and a ton of energy.  After keeping them for a day and night, this afternoon we dropped them off with IGPR, who will treat their condition and then find them good foster homes until they can go to their forever home.  I know one night is not a lot, but I was happy to help out as much as I could.  We got Buddy (aka Giant Dawg) from IGPR and love what they do for the Pyr breed.

I had so much fun playing with these little fur balls!  Jason and I always pull in full grown rescues (puppies are a lot of work!) and so it’s not often we get the opportunity to work with puppies.  And with that, I leave you with a couple of photos that will make you swoon!