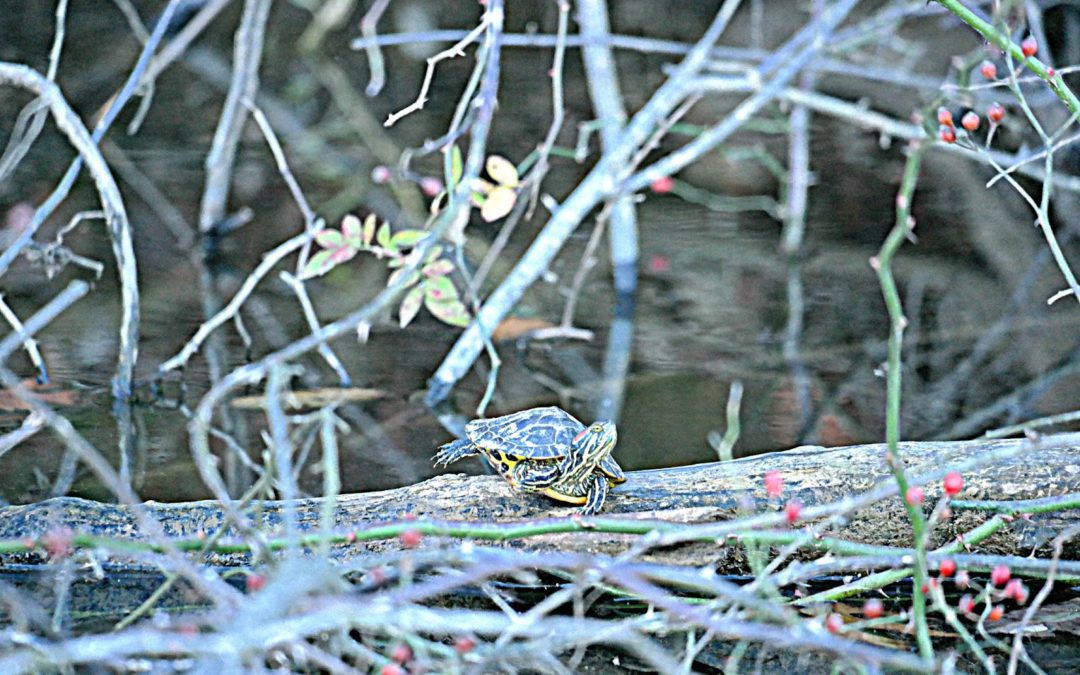 Tuesday late afternoon I took my first solo kayak outing at Lake Jericho. There was only one other kayaker on the lake and he was fishing. I think it was the most peaceful trip I’ve ever taken out there. It was nice to paddle around leisurely and watch the wildlife. I found that slow paddling and waiting and watching yields animals that don’t even know or care that you are there.

Before I even got to the lake I ran into a minor detour. This little guy got out of the farm fencing and was just hanging out in the road. He finally moooooooved on and I could pass by. I was sure to tell the park worker that he was out and she informed me they were trying to contact the farm owner, so apparently he’d been hanging out for a while. 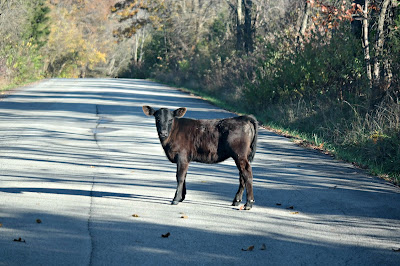 I was surprised to see turtles still out and about with how cool it was, but I suppose they try to absorb as much sun as possible while they have the chance. 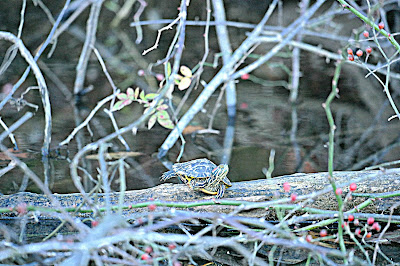 And then I came upon this small hawk. I couldn’t get a great photo of him, but it’s clear enough to see what he is.  I came across another very large bird in a tree but it hopped onto the ground and out of the tree before I could tell if it was an eagle or a vulture.

I’m hoping to get back out again before I have to shelve the kayak for the winter.