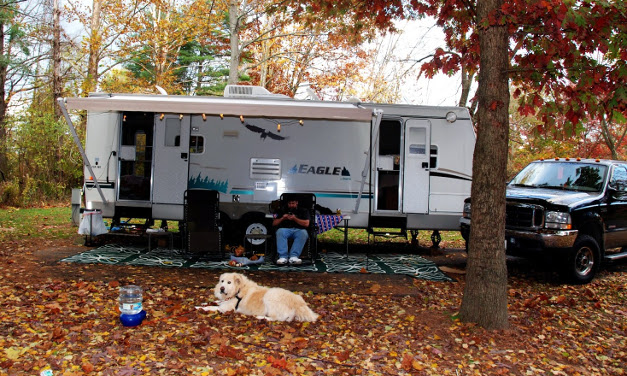 This weekend we had our maiden voyage out in the new Jayco Eagle camper with the three dogs at Starve Hollow State Recreation Area in Vallonia, Indiana just outside of Seymour.  The park was absolutely beautiful with all the trees in full fall color. We were not on the lake, but we were within a five minute walk to the water’s edge.

The dogs all did very well, much better than we had anticipated, especially since they were all restricted to their own screw in the ground lead.  We intended to have an X-pen dog run area set up for them, but were not able to acquire the necessary parts to do so for the first trip.  After their initial excitement dwindled down they got tangled in each other’s leads less and less.  They did really, really well, much better than we thought they would.

Since this was our first trip out in the new camper it was also a learning experience for us.  Our last camper didn’t have holding tanks or a slide so we had to figure out all the workings of those functions – which makes camping all that much better, by the way.  It was very nice not having to run up to the shower house every time we needed to use the restroom or take a shower.  Having the comforts of home on the road is a giant perk!

The only complaint about the park that we had was that there was supposed to be a nice hiking trail.  We saddled up all the dogs and went out to go hike.  However, after following all the signs pointing to the “hiking trail” we ended up in the cabin rental area of the park with no hiking trail in sight.  So we doubled back and headed home after much searching.

The only other issue we ran into was lack of wifi and cell coverage.  According to Verizon’s map, we should have had a good 3G connection, however it was very spotty. Due to Jason’s line of work, we generally can’t go anywhere without a good signal in case something comes up.  We will be looking into a booster for upcoming trips. 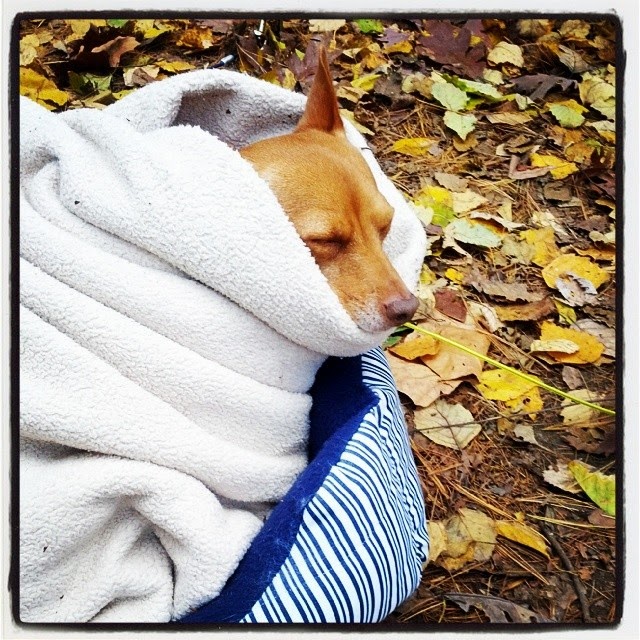 I walked down to the beach area and can easily see why this place would make an awesome summer campground. There was a very nice sand beach area along the lake shore with sand volleyball courts, life guard stations and lake boundaries where the swimming area dropped off.

I would love to visit here again.  We were at site 239, which was on the end of the road and looked into the woods.  I particularly chose this spot for the dog’s first outing so that they were not near a lot of distractions.  I would totally pick this spot again, no matter what time of year, due to the privacy and the shade it provides.  Definitely a place on the list to come back to! 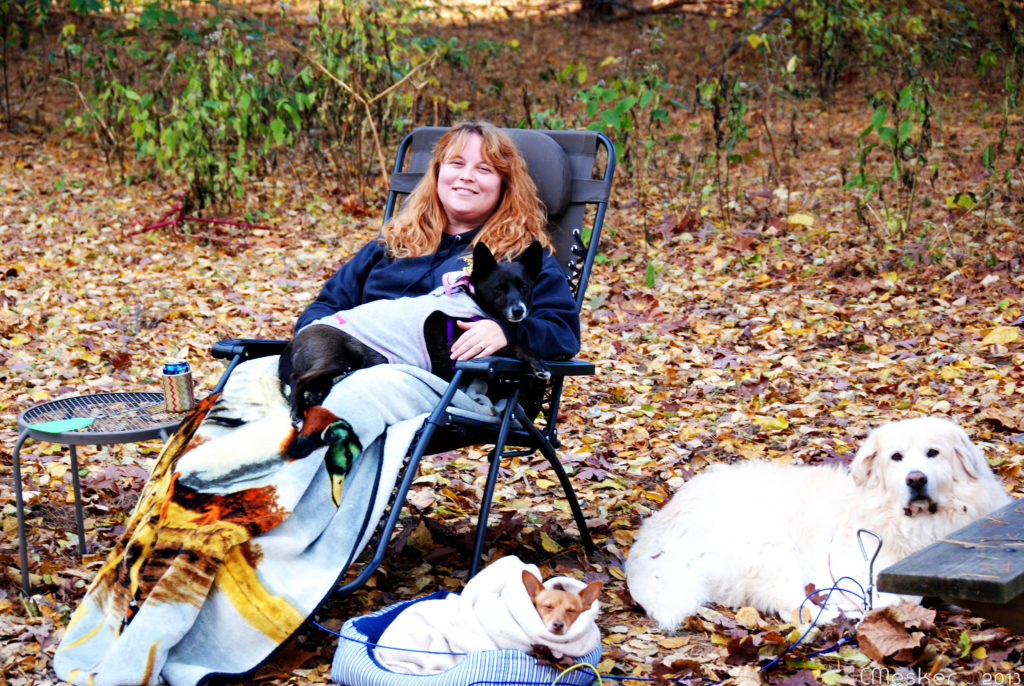 All photos of our trip can be found here!