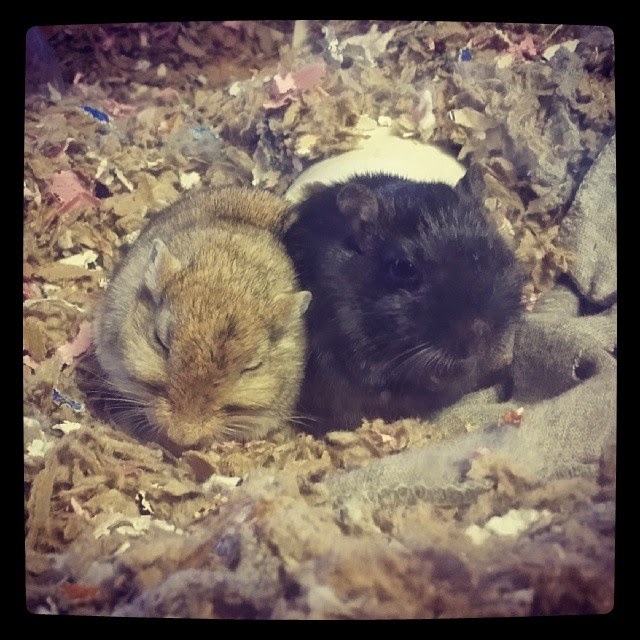 This is Tilty and Cat Woman.  They usually curl up under their t-shirt pieces or under a box to sleep, but tonight they were huddled together and sleeping sitting up.  Silly rodents. 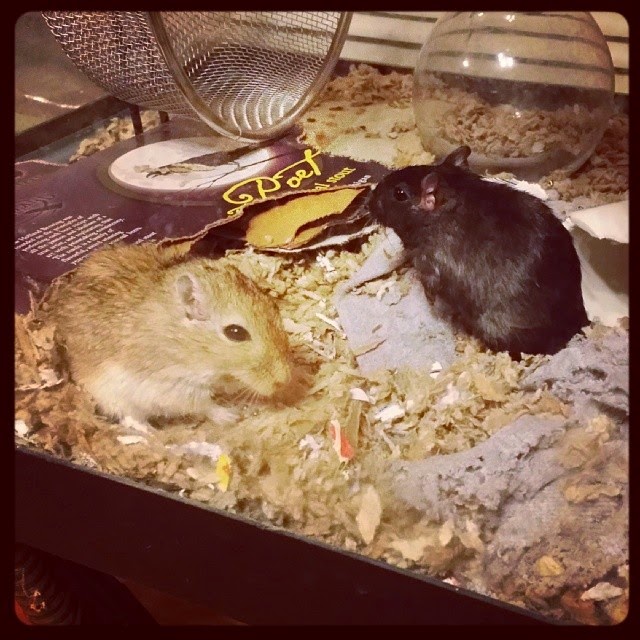 This is Tilty and Cat Woman, my two remaining gerbils. They are sisters and are roughly two years old.  Tilty got her name due to a head tilt she has that was initially caused by a fall and then later pronounced by a small stroke she had. Cat Woman, well, her color...