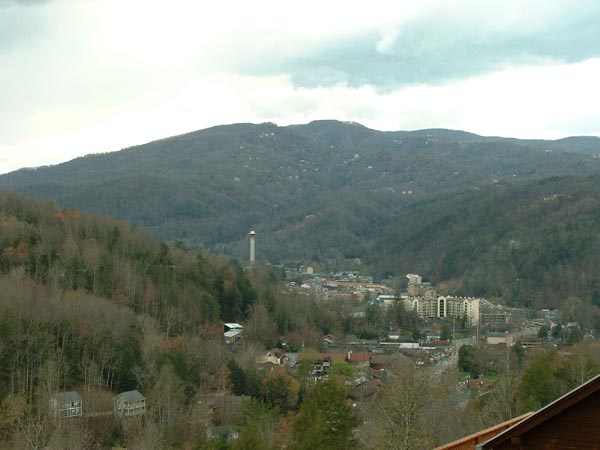 This photo was taken in 2004 during one of our many trips to Gatlinburg, Tennessee.  This was the year we owned a cabin that overlooked the city and we would take last minute long weekend trips down there when it wasn’t booked for rental.  It was a very nice cabin with three bedrooms, two bathrooms, two large decks, a hot tub and a pool table.  Unfortunately we purchased it during a very bad economic time and were losing money on it so ended up selling it just a year later – but it was fun while it lasted!