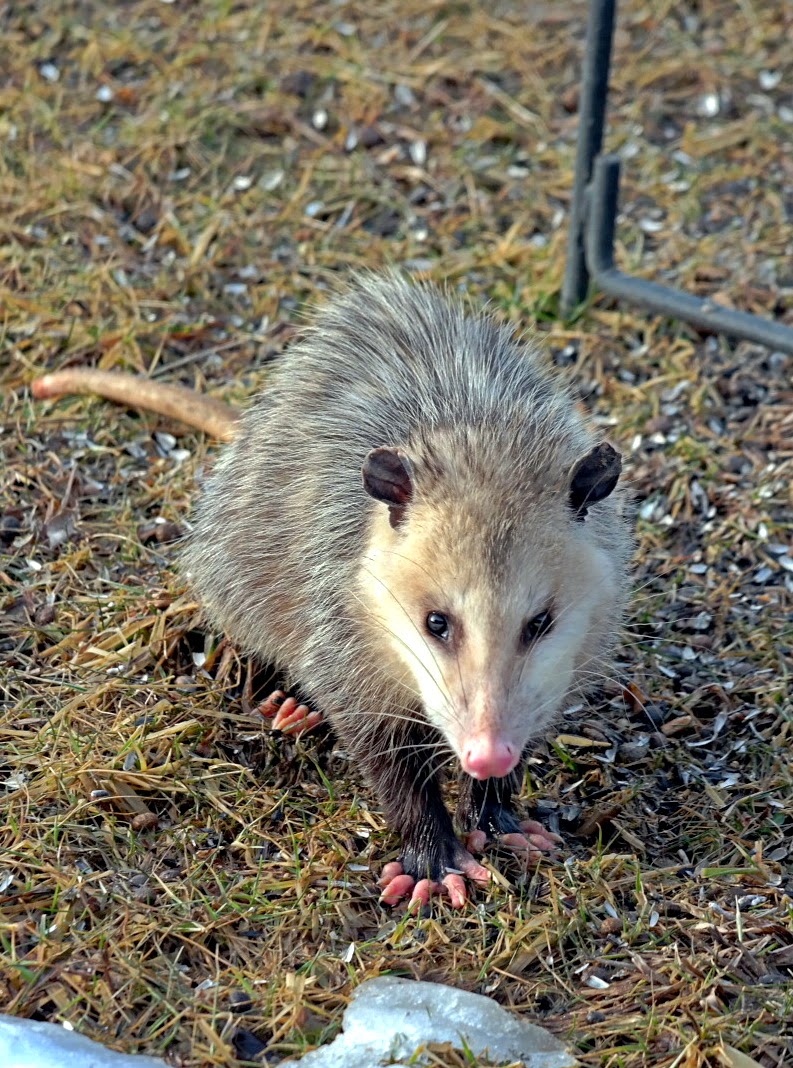 It’s been a while since I’ve posted some photos of our local backyard wildlife (or front yard as it generally is around here).

This little opossum was scrounging around the bird feeder and eating up the sweet potato fries we had thrown out for the birds.  The birds didn’t touch them, but he located all of them, even the ones still under the snow, and had a nice little meal.  I felt bad for him because he was limping and favoring his back left foot.  I hope he heals up soon and doesn’t become an easier prey target because of it.

We feed the birds throughout the winter and the little Tufted Titmouse is one of my favorite little birds. When food is scarce they appreciate the feeders and become very brave when we refill them. They want to be on standby as soon as the new stuff gets loaded into the feeder! 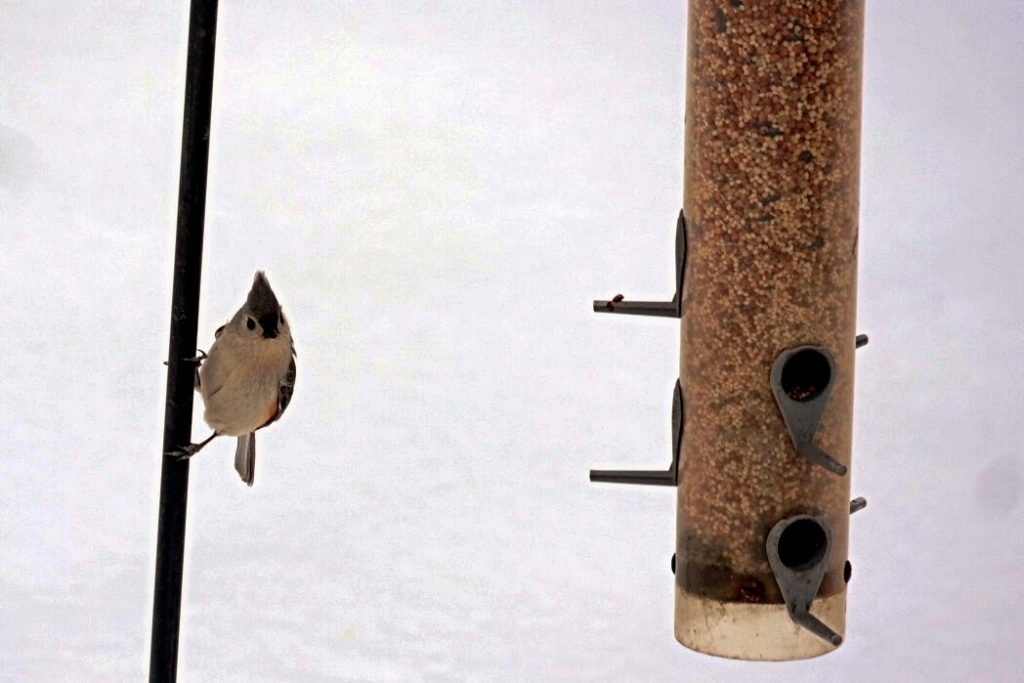 The Northern Cardinals and Mourning Doves aren’t so brave, but they do sit in the closest tree waiting for me to move back a safe distance. 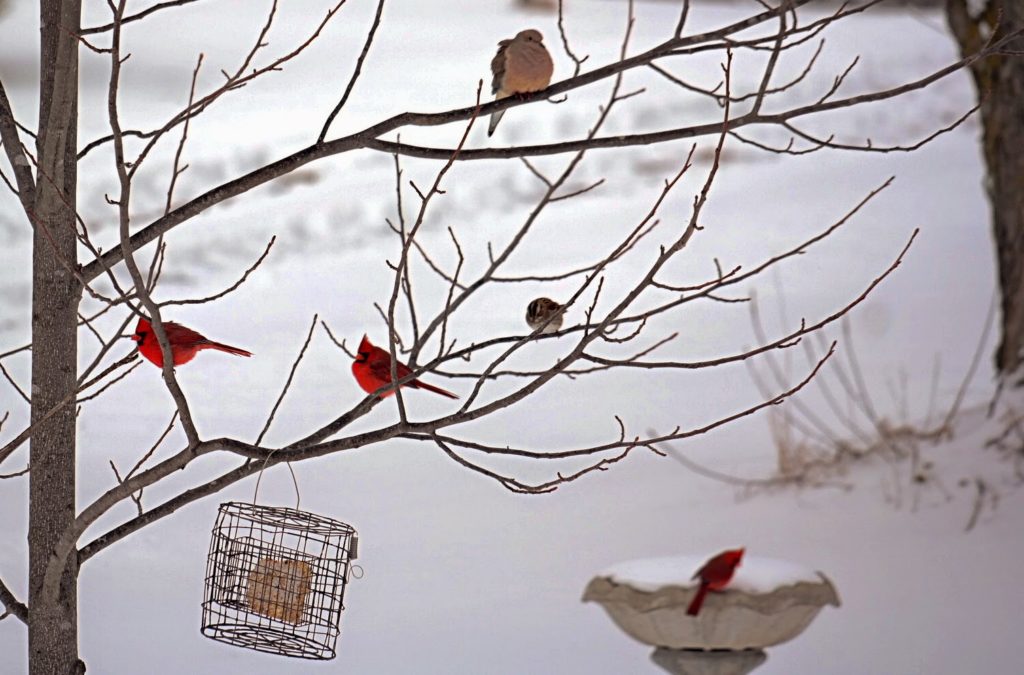 This little mourning dove wasn’t concerned about the food – he was peeping inside the french door window while I was clearing off the table.  (Pardon the blurry shot – my windows are very dirty). 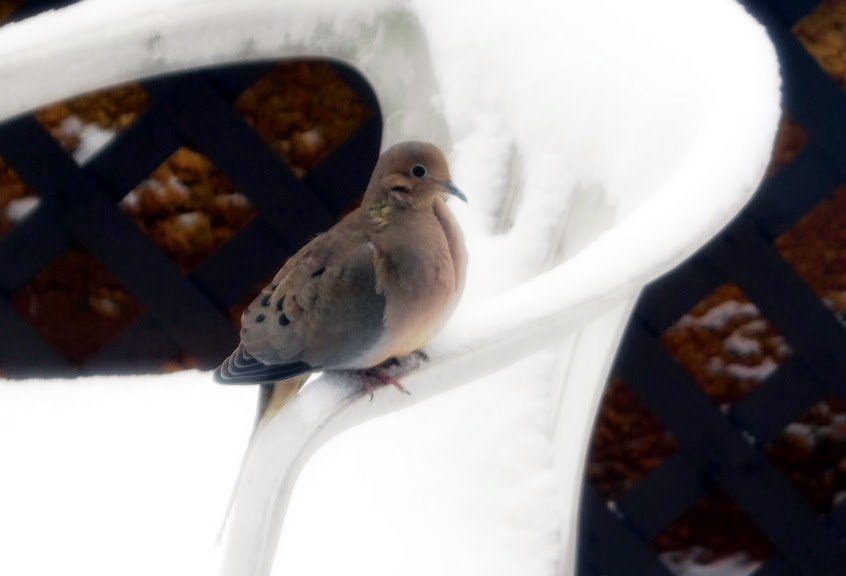