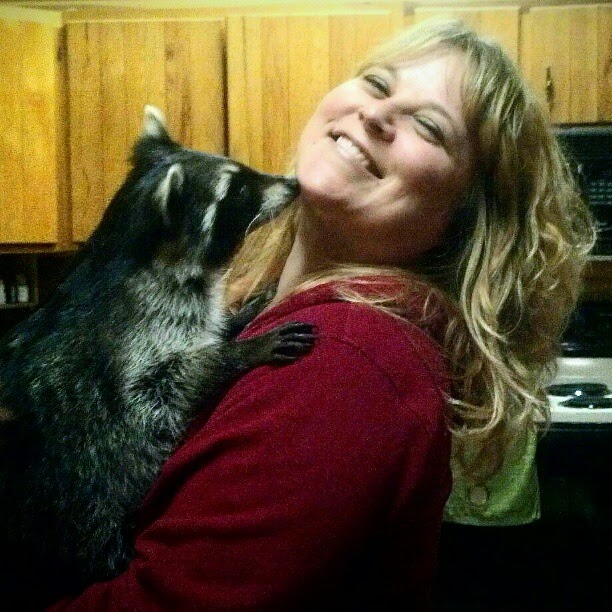 Blackjack is a resident raccoon at Second Chances Wildlife Center. He can not be re-released into the wild due to metabolic bone disease caused from an incorrect diet by the initial people that tried to rescue him and were not aware of a raccoon’s diet needs. He was a very friendly dude who likes to give lots of kisses.  While we were there we also met two other raccoons, two skunks, several opossums, two flying squirrels, two baby squirrels and a little brown bat.  If you have some spare change, I urge you to donate to Second Chances – they stand for a great cause and work hard at what they do.